I needed a slightly bigger revolver than my 3" Taurus for target shooting, way back in 1995 or thereabouts when I was just getting into silhouette shooting.

Dad's Toys had a second-hand Astra at a good price, and I snagged it.

Fast forwards a few years and I decided to collect Spanish Handguns. Mentioned this to Andrew at Classic Arms, and he hauled out a factory engraved Astra 357, destined for the next auction.

I didn't figure I'd get it, but put in a bid anyway, and as luck would have it, nobody else was interested that day (I have since repeated this trick with a factory engraved Astra 3000). 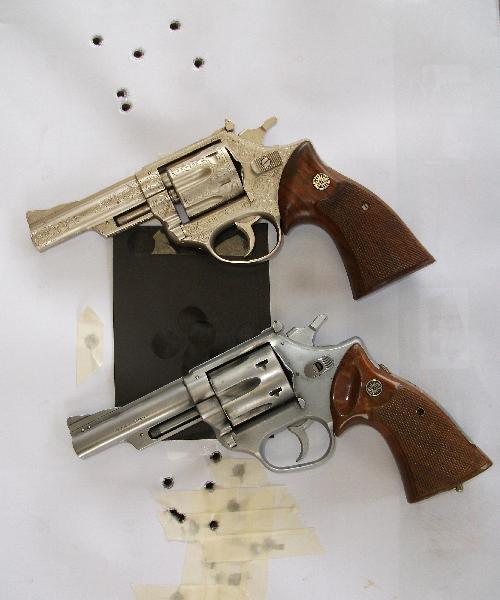 I've shot many many rounds through the non-engraved gun, also polished the internals a bit, so it shoots a little better than the engraved one, which obviously hasn't had a whole lot of ammo through it.

Note also the longer cylinder on the lower gun, that enables me to load brass monolithic bullets, which work really well.