In South Africa, we call Victorian iron fretwork “Broekie Lace“. I have no idea why.

Anyway, we found this lamp post outside Brad & Lynn’s house. He didn’t want it (he has plans involving security cameras), so plans were made, mostly involving a chisel and a rather large hammer. 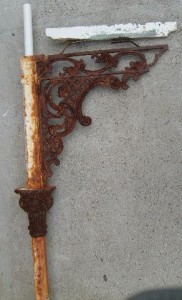 Back home, some more plans were made, this time involving an angle grinder, and a somewhat smaller hammer and chisel. 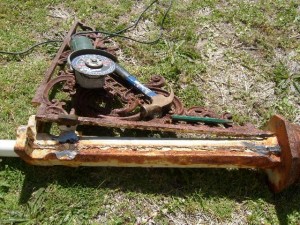 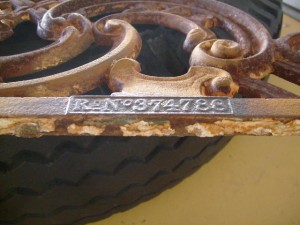 Does the number 374788 mean anything to anybody when it comes to cast iron fretwork? 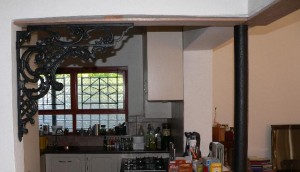 (yea, crappy photo. Difficult with the light and on-camera micro-flash).

The 12mm plank at the top is level. The brickwork definitely isn’t. Once all the woodwork is in I’ll fill the gap and paint it and you won’t know it’s there… I hope. 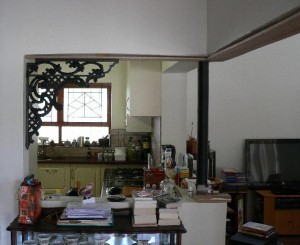 I can’t come to work today. 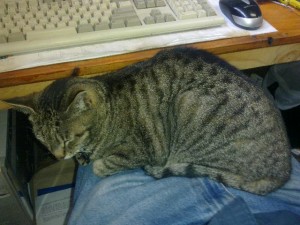 I am being held captive by a furry earthling… 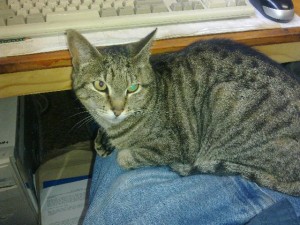