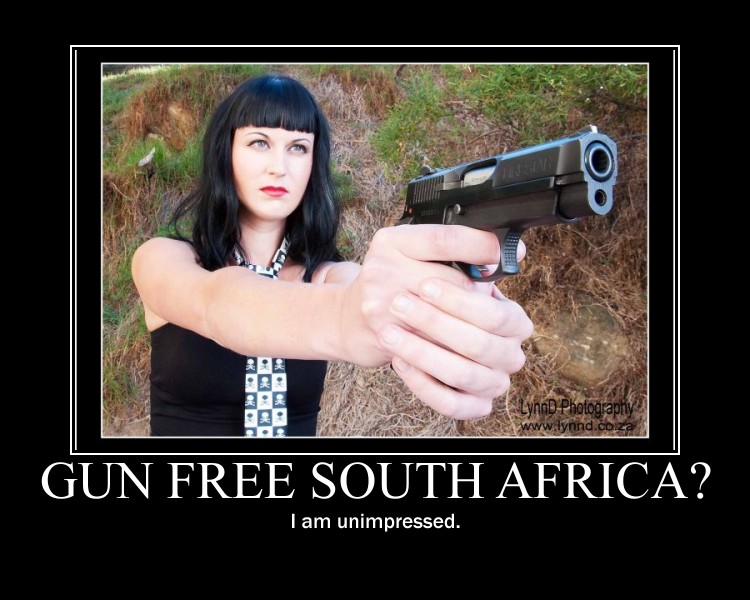 Some photographer friends wanted to do a photoshoot with guns. The range being a much better location for this than the beach (one probably needs a permit and a police escort on the beach these days…), we all hied off there at oh-dark-early this morning, to catch the sunrise. 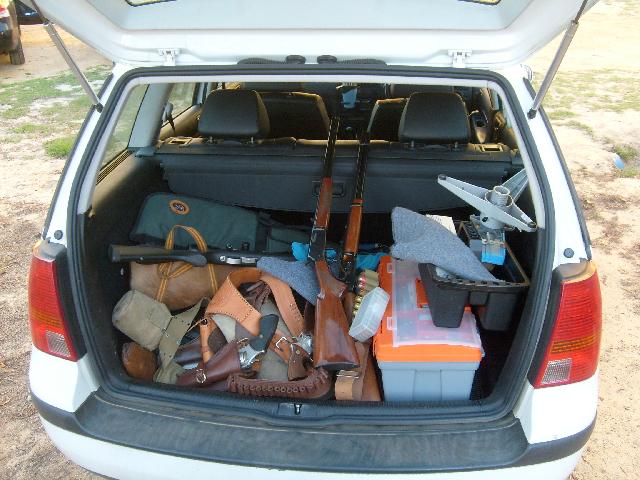 I didn’t really know what they wanted to do, so I threw most of my rifles, revolvers, pistols, leather and camos in the back of the car. And we ended up using pretty much all of the above. 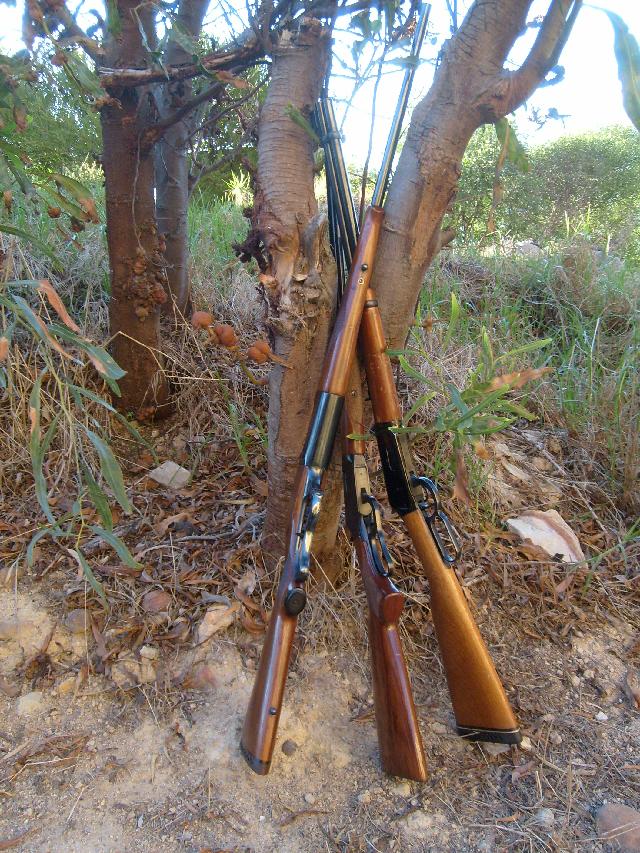 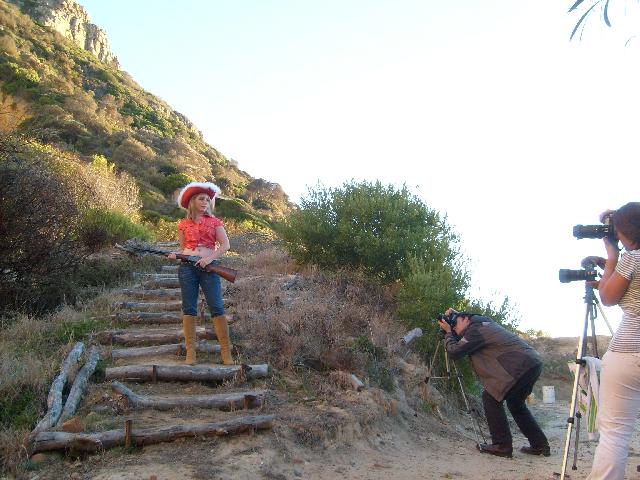 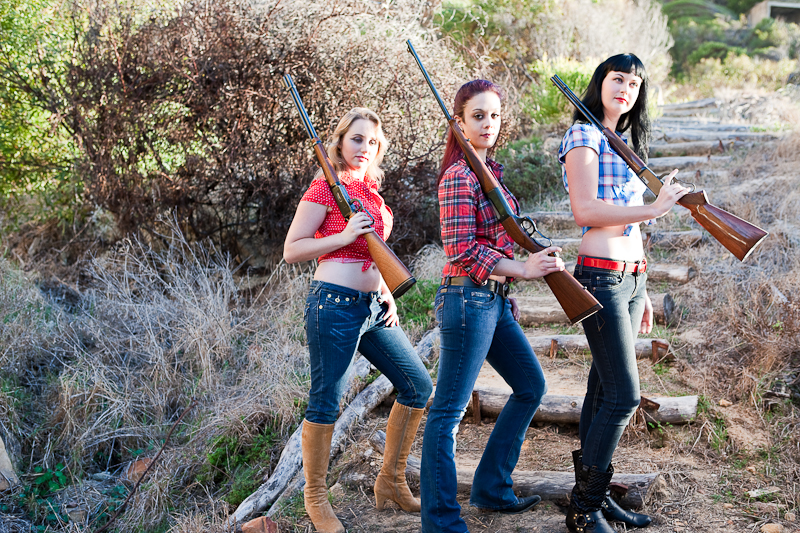 Started with leverguns on the steps, then moved to the IPSC / IDPA “funhouse”. 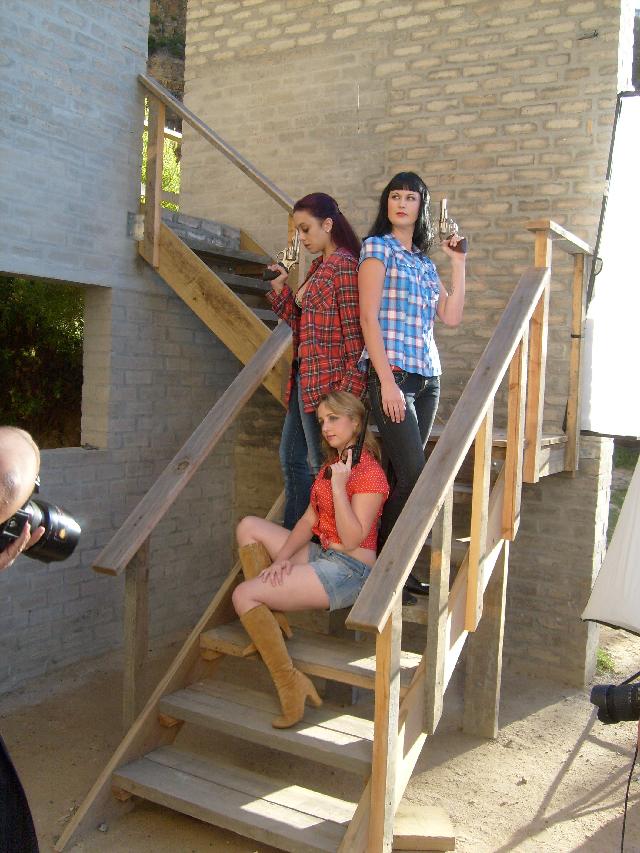 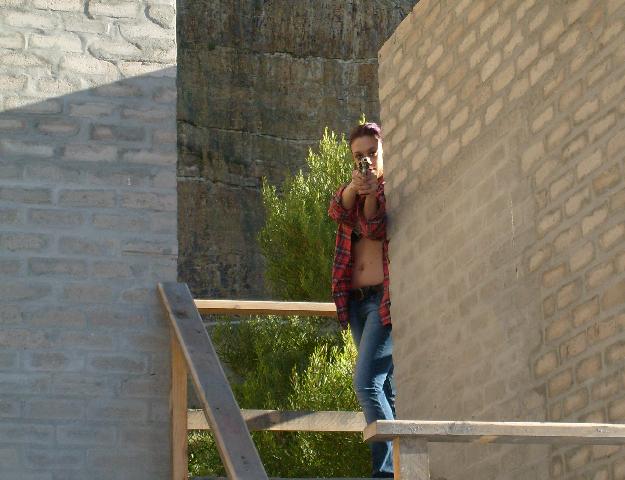 Only one of the three gals had ever handled a gun before, so I started the morning by showing them how to keep their fingers out of the trigger guards, how not to point the guns at people, and the like. But to get realistic photographs, one has to break those rules.

Good thing is, this gal asked me if I was sure when I said “point the gun at me” :-) 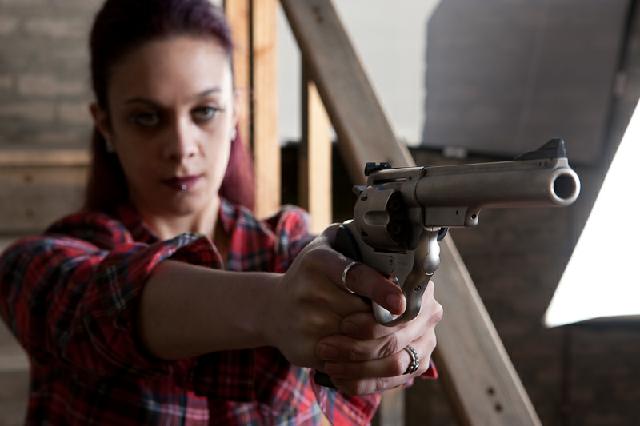 I just know that if I don’t say anything, someone is going to run across this posting, Photoshop the above picture, and find out that yes, indeed, that Astra 44 Magnum is loaded for bear.

So before I get an email “Finger on trigger! Loaded gun! Sky! Falling!”… I made dummy rounds specifically for this, because this kinda picture with an empty cylinder is just silly, OK? 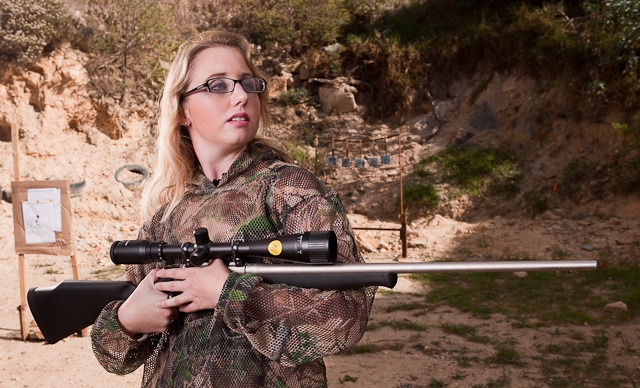 After all of this I took one of the gals to the target range, where she shot the Astra NC-6 22 revolver, the Llama XIV 22 pistol, the Norinco 22 levergun, my CZ 22 silhouette boltgun, and the Star DKL 9mm short pistol.

Via www.retrothing.org. Brad Smith went and re-created The Dark Side of the Moon on a Nintendo Entertainment System (NES).

Dis ‘n eetplek. In Baron van Reede straat. Ek is nie honger nie. Glad nie. But the smell of the buffet is going to drive me to gluttony.

Brought to you by modern technology, in this case a Nokia E61i.