Played my first game of Castle Wolfenstein in … 25 years? tonight. Got to the third floor. I am not as good as I used to be.

Also played a game of Lode Runner. Yup, not nearly as good as I used to be.

Then again, I played Lode Runner to the point where I went to bed with a book and was trying to find paths between the words and sentences on the page… yea, I was a bit obsessed.

Liquid cooling of ICs? With liquid nitrogen? A Wrist Computer? (OK, we don’t have ones powered by body heat… yet). A smiley as part of the ASCII character set?

Surely none of that can really happen. 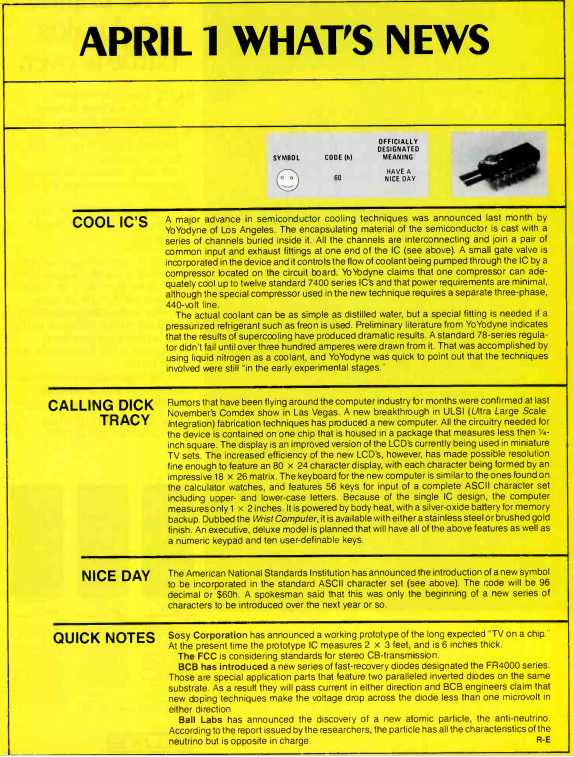