This is the second time I had to change a headlight on Tanya’s Opel Meriva. I learned this trick the first time: 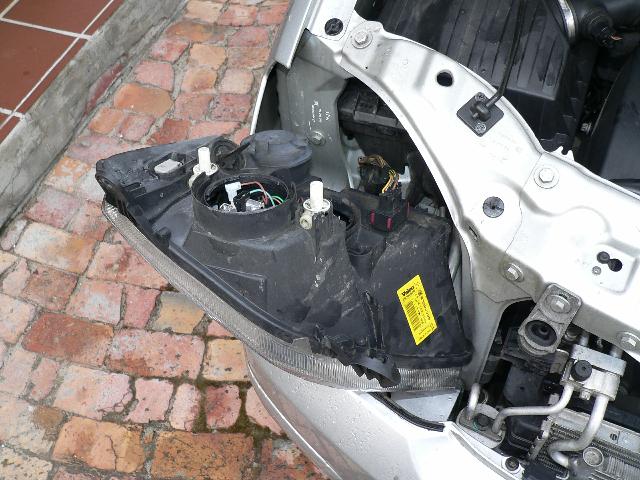 Yup, remove the headlight cluster. Two 8mm bolts at the top, and one underneath.

Then, it’s easy to undo the clips and change the light(s). 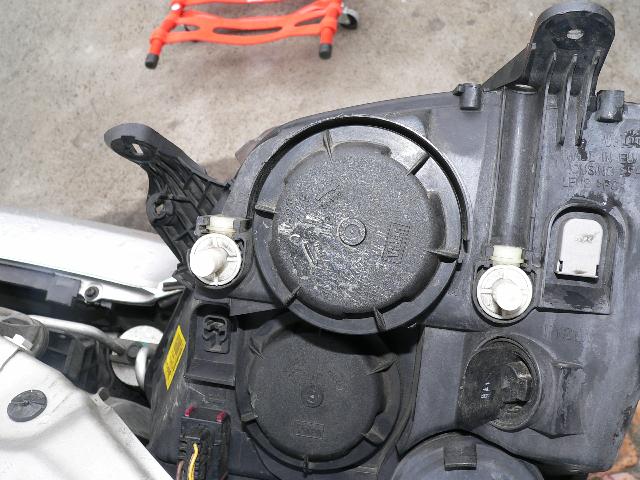 It’s not so clear on the picture, but the arrow marked “Haut/Up” should point towards the engine to install the cover (which you have to do after putting the cluster back in). For the bottom one, up is up. For the top one, not so much.

My boss gave me some quinces and a (stovetop) recipe, but I decided to poach them in the slow cooker.

First you gotta peel them. This is the hard part.

Make a syrup with a litre of boiling water and a cup of sugar. Add some vanilla (pods are of course gorgeous, but I used some bourbon vanilla extract I have kicking around). You can add some lemon juice too.

That does not look appetizing at all, does it? But after a day’s slow cooking… 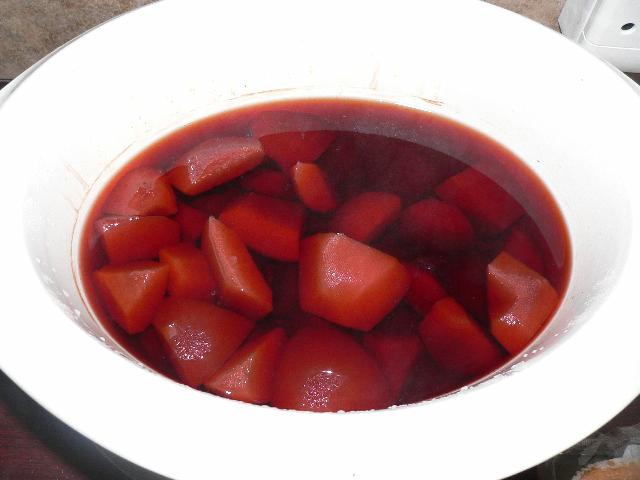 Serve with custard. Tip: buy two litres of custard, hide one under your bed.

Volstruisnek-potjie, translated because I’m sure one can use the same basic recipe should one have a hunk of kangaroo handy.

I found some ostrich neck at a good price. Undoubtedly because the EU didn’t want it, but hey. Ons is nie bang nie. 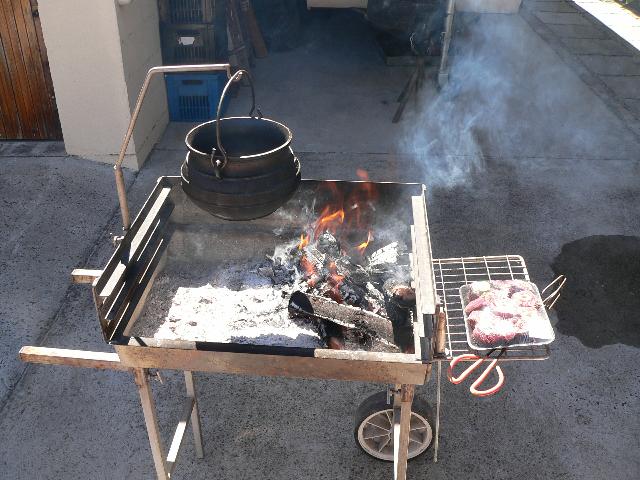 So, in my black pot, I browned the meat in some oil in two batches. Then, some onions, on a low heat, went off, loaded some ammo.

Now you layer some potato slices or halved baby potatoes and some carrots. Then about a teaspoon of fresh rosemary, then some baby marrows, grean beans and two/three chopped tomatoes, or a tin of same.

The potjiekos thing is the layering, and the no stirring.

Some salt over the veggies, and two cups of chicken stock with a bit of lemon juice added into the pot. The original recipe adds vodka as well.

Heat until the stock is boiling, then cover and simmer slowly for two hours or so.

Serve with rice and a green salad.

And whatever you do, don’t stir the pot.