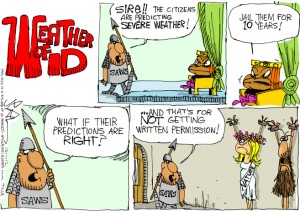 There’s a story about a fisherman running low on bait and! He spots a snake! With a frog in its mouth!

So he grabs the snake, shakes it over the bait box ’till it drops the frog, now he’s stuck with an angry snake in his hand.

After thinking about this he grabs his bottle of whisky, pulls the cork with his teeth, and pours a dram or two down the snake’s throat, releases the snake.

Ten minutes later something taps on his foot… yes, the snake, with another frog.

And I’m telling you this because why Misty came in with a gecko, we took the gecko, gave him a fishy.

Second time it happened, we joked about the fisherman.

Third time it happened, we stopped joking about it.

Hang on, gotta go, cat just came in with something in his mouth…

So, having successfully retrieved a bundle of toys, a trip to the range was indicated. 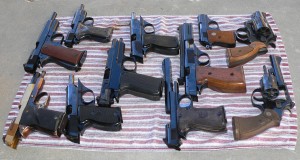 Top left, Star BS, next to it my 22 Llama XV that I’ve had for a while, below them a horribly gold-plated Star PD (45 ACP) that actually shoots really well, to the right of that an Astra Constable at the bottom and a Constable II at the top with a Star M30PK between them. Then two 22 target pistols, a Star FR at the bottom and an Astra TS-22 above. North of that an Astra 7000, also in 22 LR. The two revolvers are both 38 Special, a Llama Martial (top) and an Astra Cadix.

These will all at some stage make their way into the Gundex.