So there I was, pottering around home yesterday morning, and suddenly the lights go out. And the bleating of the UPS reaches my ear. Some inspection shows that the fridge is still working, Tamsyn is still happily playing on her computer, and all the trip switches including the big ones in the box outside are happy. 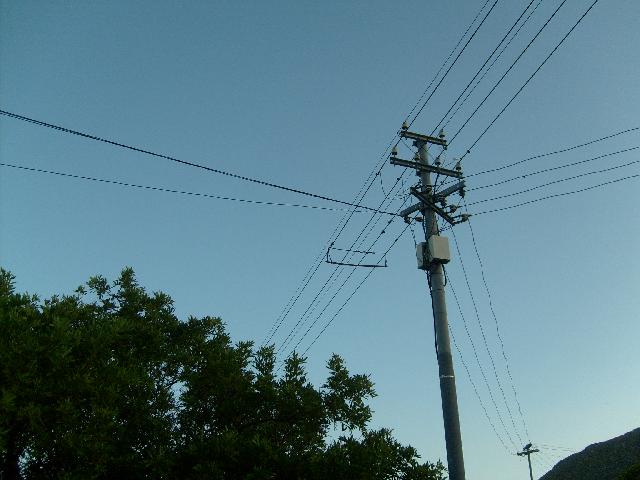 So Tanya gets instructions to phone council and I bugger off to work.

Long story short, at 1800 it was starting to get dark inside the house, and we still had only the one phase. 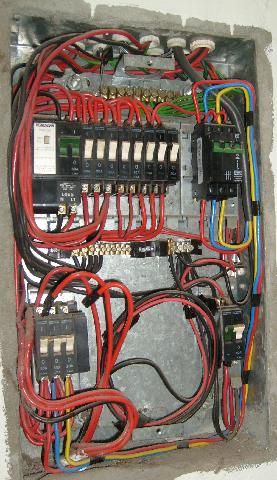 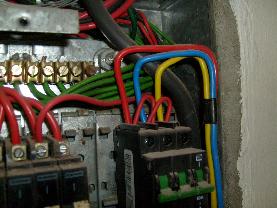 Battleshort!Â  I disconnected the two dead phases, and shorted all three phases together on “my” side of the mains breaker (which is the bottom of the bottom left switch in the first picture, but I did it at the input side of the breaker that feeds the garage, just because it was more convenient.

So around quarter past eight, just as I’ve put the bread in the oven [1], the crew pitches. 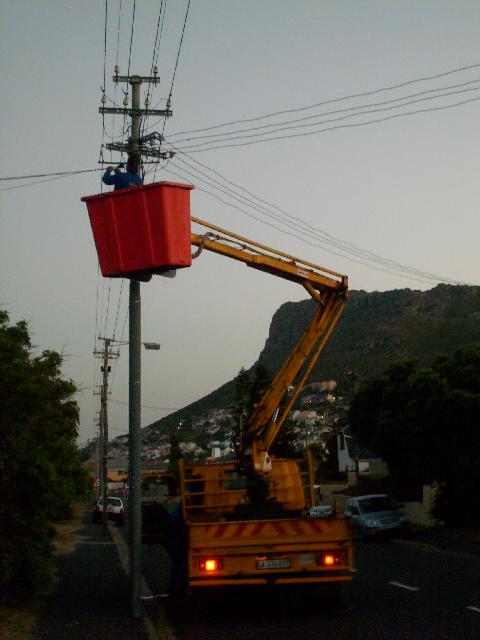 Of course, they had to cut all power to fix the feed, and when they reconnected the power everything now hanging off the one phase was cold, so that tripped the outside breaker, which lead to the quickest removal of a kludge you can think of (figured I had to remove all evidence of my meddling before they came inside to look why the lights were not burning…)

[1] We had friends over, and I make Pioneer Woman‘s Marlboro Man’s Birthday Dinner (well, the pan fried steak with blue cheese sauce, crash hot potatoes, and buttered rosemary rolls part of it). With store-bought dough in my black pot, Porterhouse steaks from Constantia Pick & Pay, and lemme tellya, that blue cheese sauce is something else.

Last year I bitched about the lack of licences for my Browning-designed ironmongery. Just before Christmas, the situation improved markedly. 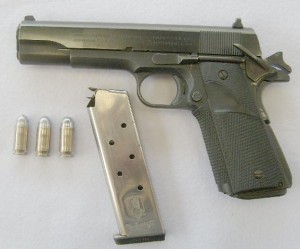 1944 Remington-Rand produced M1911A1. Carries British proof marks on the barrel. An excellent example of a 1911. Made towards the end of the Second World War, I’m pretty sure this pistol never saw service. Sat around in stock until being sold as war surplus.

My friend Etienne bought it and fitted the Pachmayr grip and magazine. I liked the gun so much I told him if he ever wanted to sell it I wanted it. He emigrated to the USA, the 1911 stayed behind.

This is one sweet pistol.

In the spirit of Breda, Crystal and Tamara, I offer the following:

<Youngest daugher> I have a game you’ll be good at!

<Youngest daughter> Come to my room and I will show you!

(cue the sound of embarrassed teenagers) 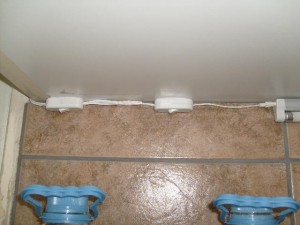 I added two switches, one for the undercounter light, the other for a downlighter I still need to fit. Not the most professional installation, but it’ll work. 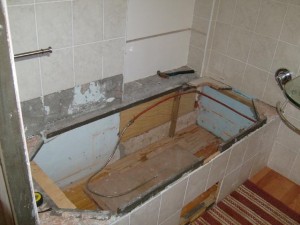 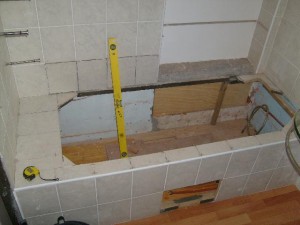 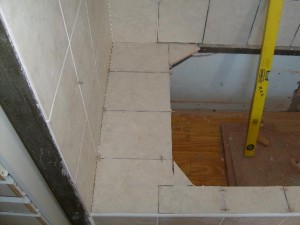 Here’s the redone tiling. Look at the clever gyppo [1] in the corner. The grout line would have been on the edge of the bath, so we made a cut-out in the front tile so that the front edge matches the rear wall. 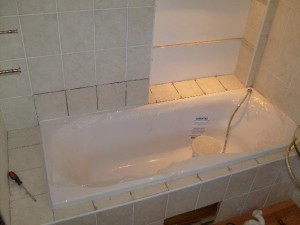 I mentioned the worm farm before. Turns out, if you feed them bits of tomato, you get a garden full of tomato plants. And that leads to lots and lots of tomatoes :-) 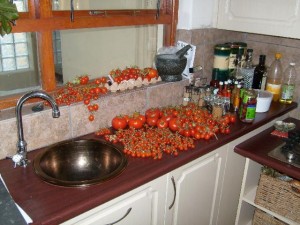 Only one thing to do! Deb’s slow roasted tomatoes! 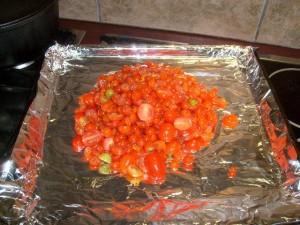 Halve tomatoes (this takes a helluva long time). Cover with oil and herbs (I did this in a bowl). 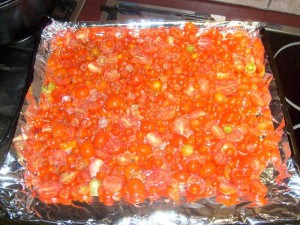 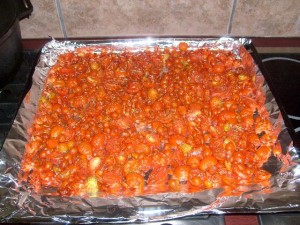 Roast for three hours at a touch over 100C. 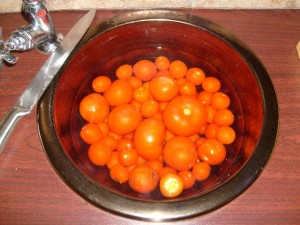 This took care of about two thirds of the tomatoes. Here’s the rest, covered with boiling water… 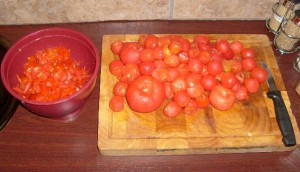 … and skinned (this, also, is a helluva job). The skins etc goes back to the worms, of course.

I used these to make tomato bredie. Used beef, this time (a 1.1 kg hunk of silverside, cut into cubes), did the flour thing, did the space thing, and eventually did the dumplings thing. No pictures, we were too hungry by then :-)

And by the looks of things, there’s about twice as many tomatoes still on the way…