Back when Obama was first elected, the American public kicked their gun and ammo purchases into high gear. CCI alone was shipping 12 million primers a week, trying to catch up with their “billions” backorder.

And then Obama got re-elected, the Sandy Hook tragedy went down, and Obama started shooting Skeet. 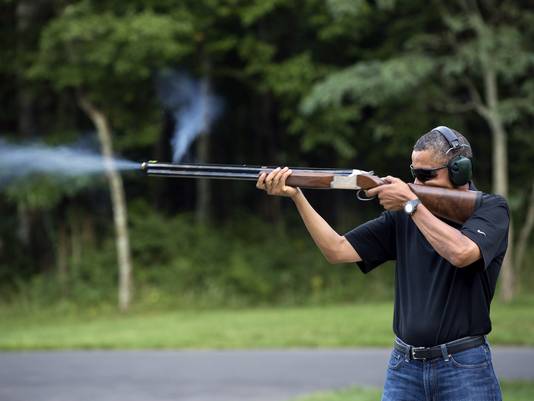 Seems that the people were relatively calm until this bullshit pic was released (with a request to not photoshop it. R U kidding? Is Internet. “Don’t” is short for “Do it immediately damnit!”) 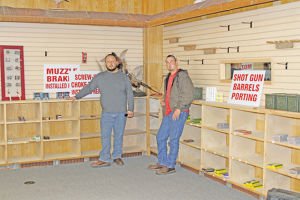 The problem with four letter words being ubiquitous in our society is that one lacks words to express the absolute crazy. It’s like Jeremy Clarkson trying to explain just how fast the latest land-jet is. They ripped those gun purchases out of high gear and straight into a new gearbox. With a supercharger. And afterburners.

From Doug (along with the picture above):

Smith & Wesson-is running at Full capacity making 300+ guns/day-mainly M&P pistols. They are unable to produce any more guns to help with the shortages.

DPMS: Can’t get enough parts to produce any more product.

Springfield Armory: Only company who can meet demand but are running 30-45 days behind.

AMMO: Every caliber is now Allocated! We are looking at a nation wide shortage of all calibers over the next 9 months. All plants are producing as much ammo as possible w/ of 1 BILLION rounds produced weekly. Most is military followed by L.E. and civilians are third in line.

MAGPUL is behind 1 MILLION mags, do not expect any large quantities of magpul anytime soon.

RELOADERS… ALL Remington, Winchester, CCI & Federal primers are going to ammo FIRST. There are no extra’s for reloading purposes… it could be 6-9 months before things get caught up.

It really hit me when I realized that the World War-era M1 Garands , M1 carbines, and Enfield .303s were gone, along with every last shell. Ubiquitous Mosin-Nagants—of which every gun store always seems to have 10-20—were gone. So was their ammo. Only a dust free space marked their passing. I’ve never seen anything like it.

Every weapon of military utility designed within the past 100+ years was gone. This isn’t a society stocking up on certain guns because they fear they may be banned. This is a society preparing for war.

This is going to impact shooters worldwide, if it isn’t already*. Primers and ammo — we get a lot of stuff from Europe, S&B, Fiocchi, Russian 22 — but that’s likely to be diverted to the US market too. The local agents are assuring us that the current orders will be filled, but once that’s gone, I see a two year drought coming.

* I’m trying to get hold of a few Thompson Contender G2 frames. It’s a single shot target handgun — useless for self defense, and highly unlikely to be banned — but it goes “bang” and as a result the distributor is back-ordered.