My parents bought this Avometer for me at a boot sale when I was most likely still in primary school. It didn’t work, of course. But it’s a neat piece of kit.

I remembered about it again the other day and went to find it in the attic where I do quite a bit of stowing. 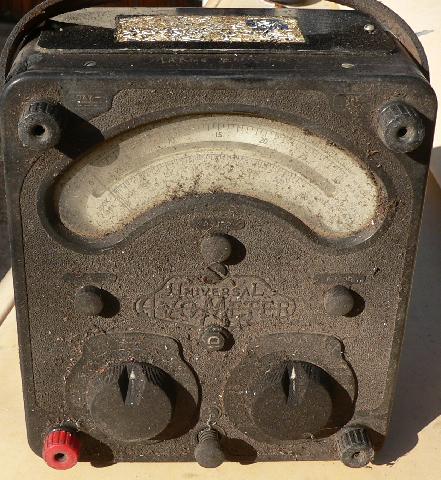 A few decades worth of dirt.

Some cleaning and some googling and…

I’ve never even seen one of the 15V batteries for sale anywhere, so these batteries have been in here since before I got the meter. And most of the time I’ve had it was spent in a hot attic. The batteries are flat, of course, but I would have expected things to look a whole lot worse.

Now I distinctly remember that I tried to find out what’s wrong with this meter, and at the time I concluded that the movement was not working. Well, it turns out that there’s nothing wrong with the movement. This is great news. Anything else is easier to fix than a d’Arsonval movement. 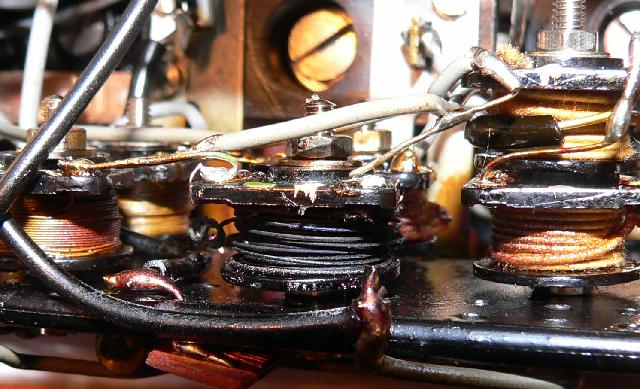 Here’s the damage. This is the 42.2 ohm resistor between the 10mA and 100mA taps on the DC switch (see the schematic at the end of the user manual) and I would say that it’s maximum power rating was exceeded…

I will see whether I can find or make or devise a replacement*, and I’ll clean up the outside.

Please, if you have one of these, be nice to it, don’t gut the insides like this poepol did.

(Edit: link to balancing the movement)