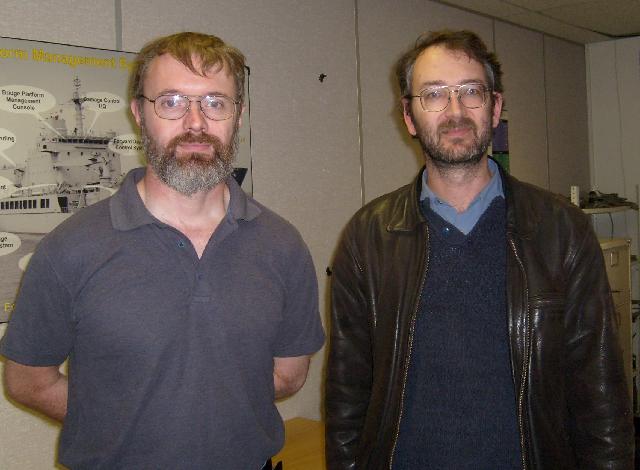 His name is James and he’s been building satellitesÂ  in Surrey for more than a decade.

And he’s not really my brother, people just mistook him for that at my (first) wedding, which is pretty much when I saw him last.

Anywayz, sounds like he might be coming back to SA, but that would still put him 1500km north of me… at least I’ll see him slightly more often :-) Also, he can collect the six huge boxes of crap he stored at my place before he left.