We left De Rust fairly late because Meiringspoort is much less spectacular at night. The bridges in Meiringspoort are often washed away by floods, and the subsequent upgrades have been a constant improvement, making for a really nice road to drive.

Other side of Meiringspoort, the N12 runs past Caroluspoort and straight on to the N1 just before Beaufort West. And from there it’s the long slog north.

Not being as young as I used to be, I wanted to pick a halfway (between De Rust and Kruger) spot to overnight, and I settled on the Vaal. Distance-wise it’s more than half-way, but remember that I have deliveries and pick-ups and I wanted to take the scenic route via Long Tom Pass so the Vaal’s a good choice.

The guest house I googled, not so much. 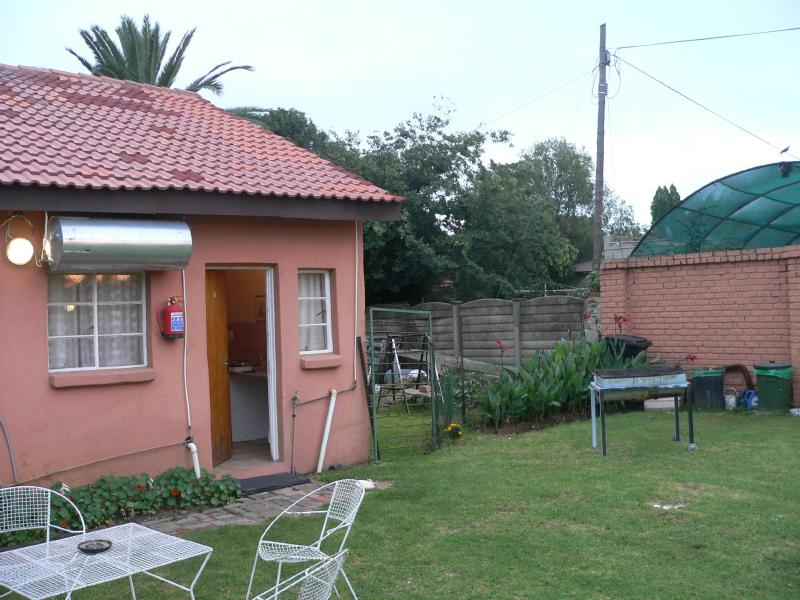 The geyser plumbing is interesting in a Not Right way, which makes the shower very difficult to get right. I left it running after I finished showering so that Tanya wouldn’t have to go through the same process of finding the one spot where the water was neither scalding hot or freezing. 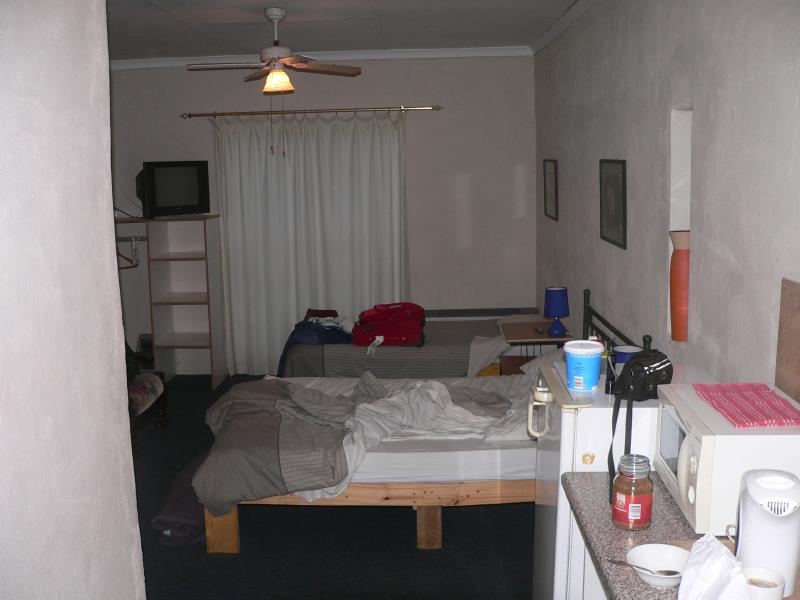 Don’t get me wrong — apart from the shower the place is perfectly adequate — but if you compare this at R550 to Olivier’s Rust in De Rust at R500, it falls flat miserably.

We had supper at Fandangos which is pretty good but rather expensive.

From Vereeniging the R42 goes past this gorgeous place just outside Heidelberg, which I’ve blogged about before. Accommodation is not in the main house but in converted outbuildings, and it’s also rather expensive at R600/night. But I’ve made a note to drive a bit further and consider Heidelberg as an overnight stop next time.