The Cape Town Amateur Radio Club traditionally has a flea market at the beginning of March. This year I didn’t take anything to sell, and strictly speaking I didn’t buy anything either — I said “ooh nice!” the fellow said “take it” so I gave him R20 and said “take it”. 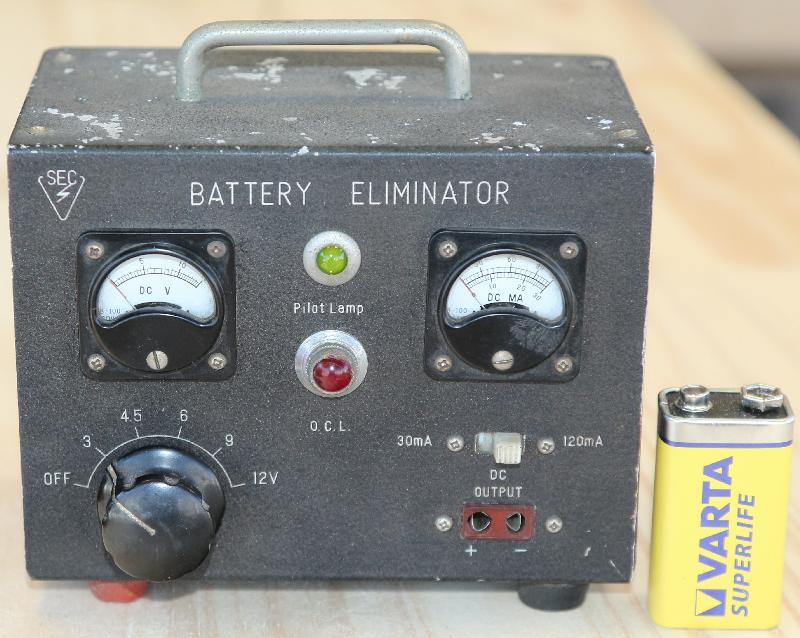 “SEC” is probably Something Electronic Company, there’s a “JAPAN” sticker on the back. 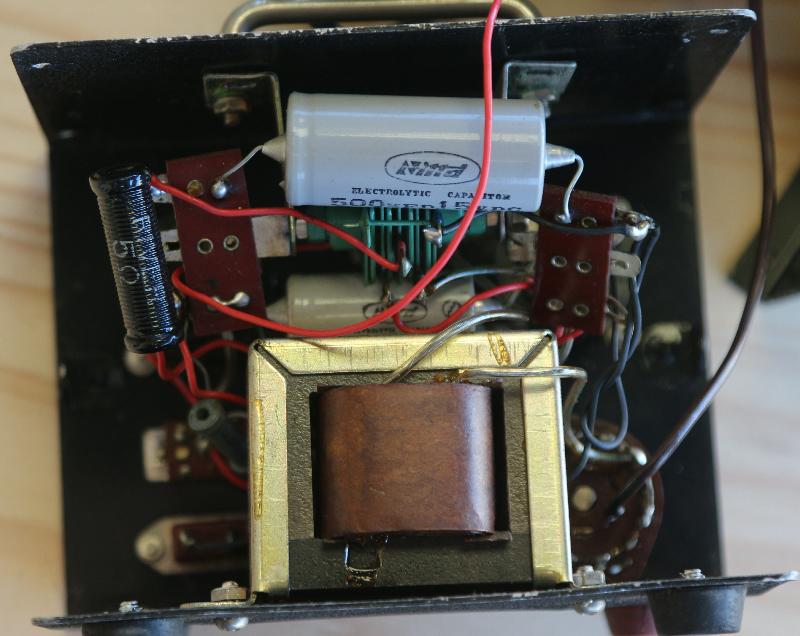 Inside is fairly mundane, a tapped transformer, a selenium rectifier which dates it to the late fifties / early sixies, a pi filter with two caps and a resistor, a series light bulb “O.C.L.” and a couple meters and associated resistors.