Some people make a point of being at the gate at 04:30, to be the first out. Problem is, it’s still dark. But we woke up early, so we ended up tenth or so in the queue. I think there were at least five cars ahead of us on the S-100 (the other half went down the H1-3,  presumably to check up on the lions). We took it slowly (second gear on the Golf gives 20km/h or so at idle), looked around a lot, saw a few sleepy impala and the like.

When we eventually caught up with someone  it was just one car — we figure the other cars passed straight by the two lionesses sleeping next to the road. 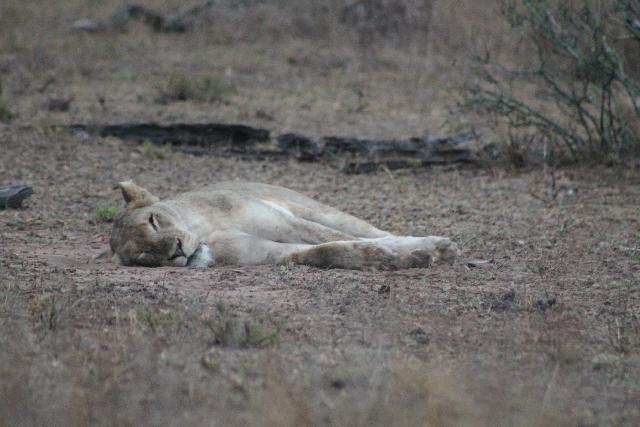 Must have been a hard night. 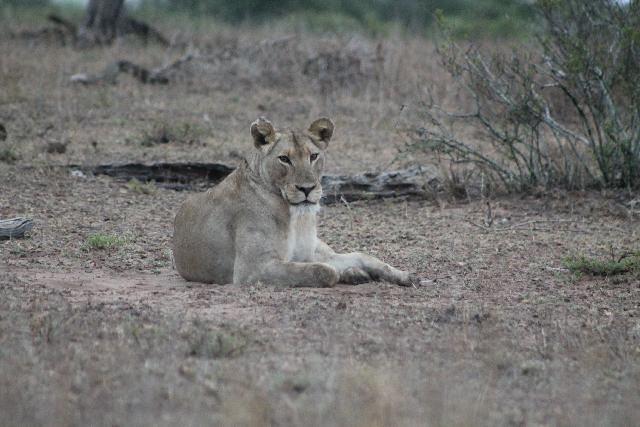 So we sat there waiting for them to wake up, which they eventually did. 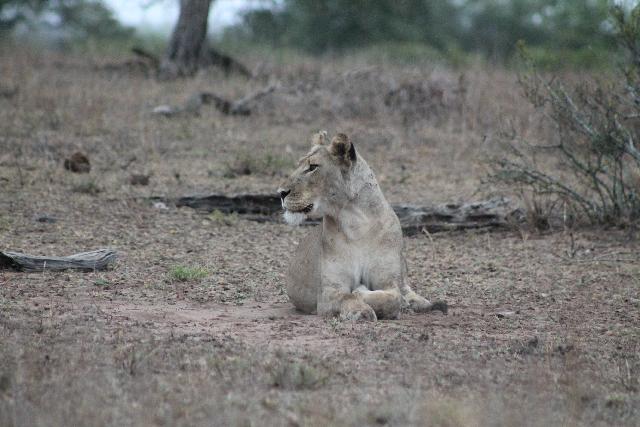 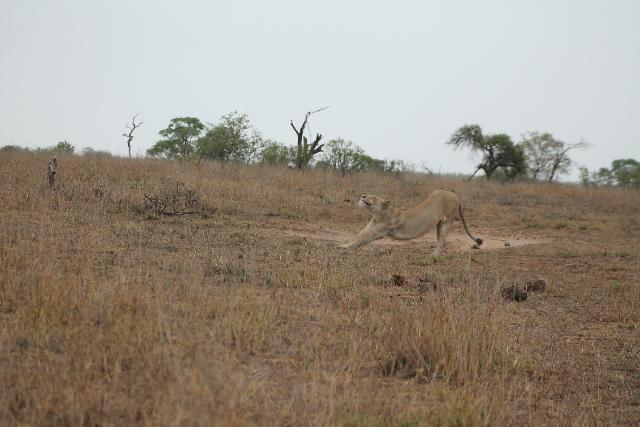 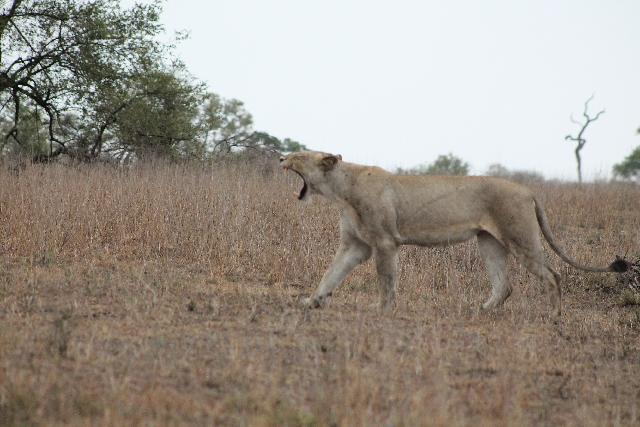 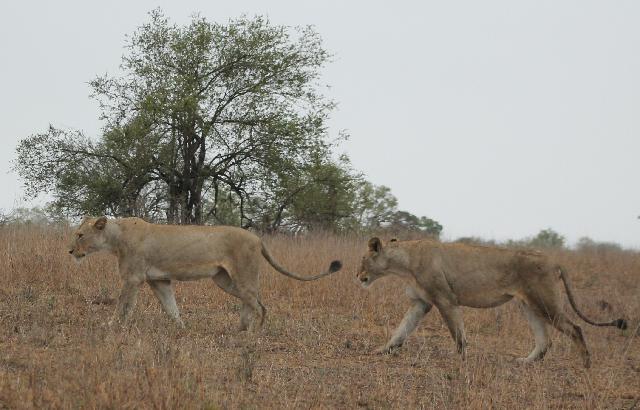 Came back via the H6, spotted three juvenile, or at least young-ish, hyena. 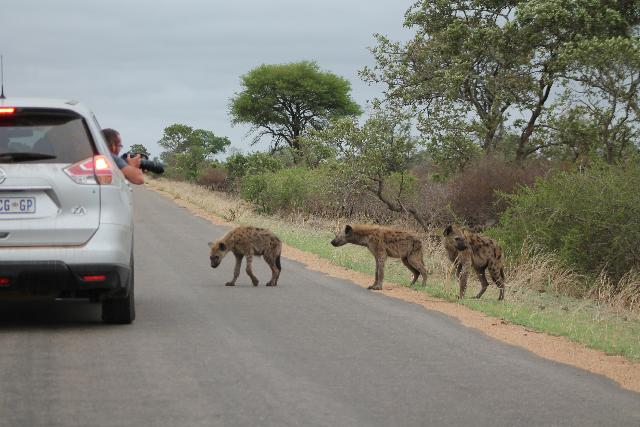 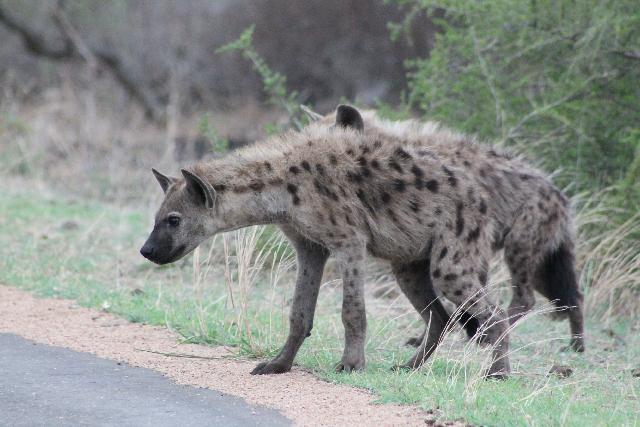 Apparently there’s a pack of hyena who live in that area. 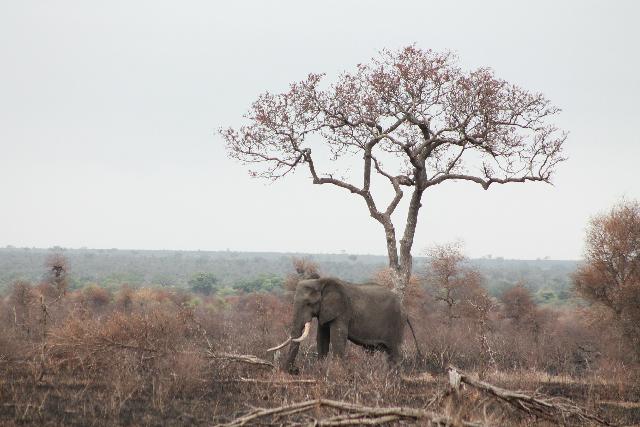 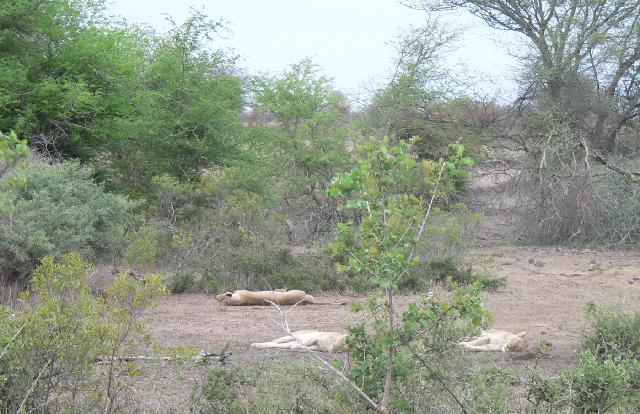 Back on the H1-3 the lions were still there, three lionesses.

One went into the bushes, there was a snarling, and a bunch of cubs jumped out. Turns out daddy was nomming on the waterbuck behind the bush. 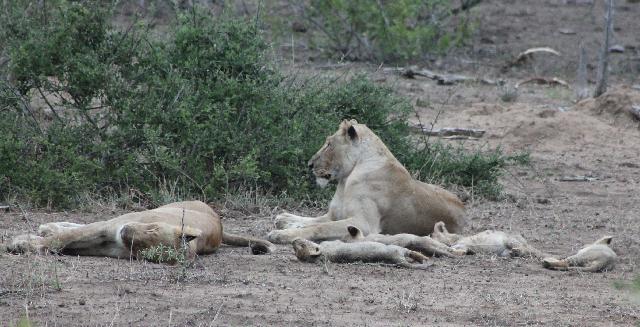 Just like our cats at home these guys seem to sleep all day. 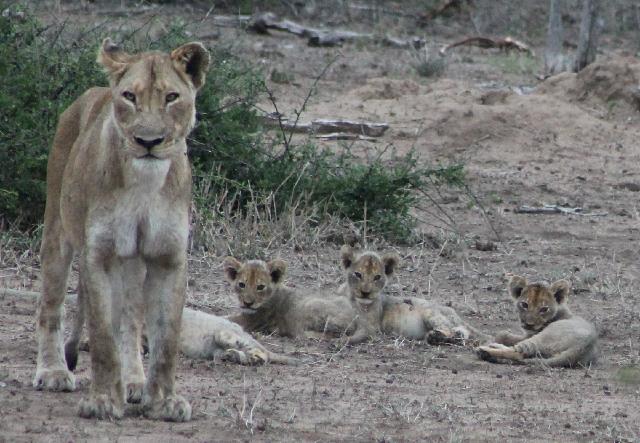 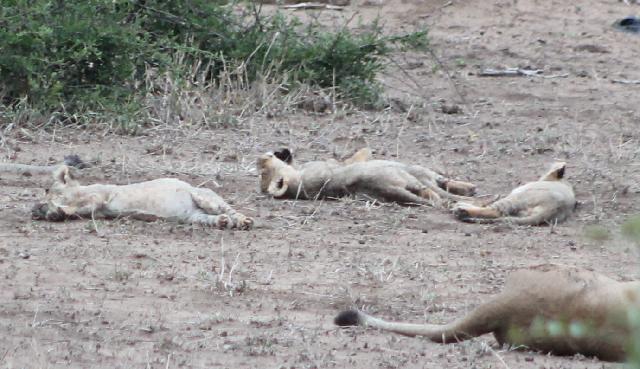 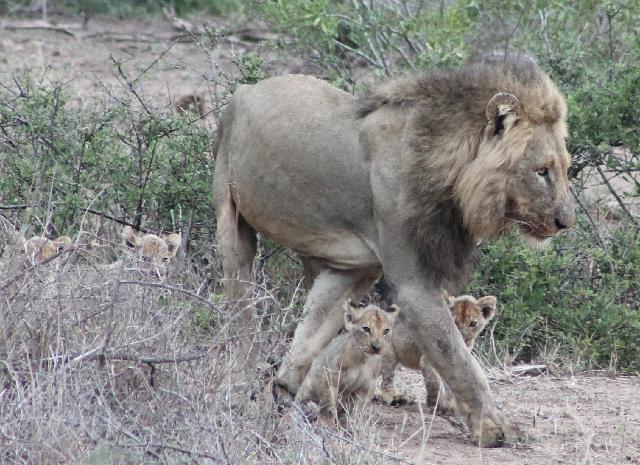 We sat watching them for quite some time. The little ones woke up and went to get more food, then daddy came out. 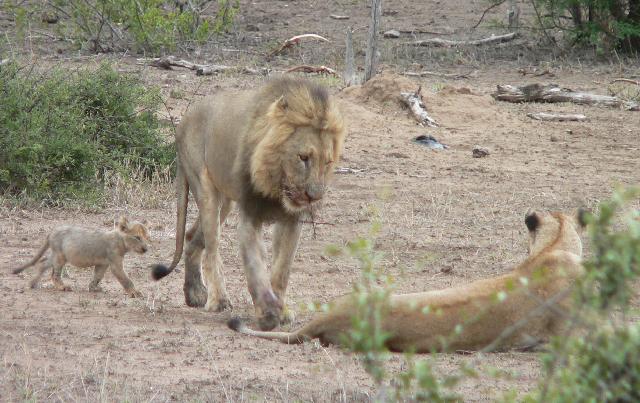 Quick loo break at Satara and took the H7 (we heard there was a white lion cub somewhere around Nsemani dam, didn’t spot it) and the Timbavati Road (aside: the dirt roads are corrugated like crazy. Some maintenance required. Seriously, it spoils the fun if your car is disintegrating around you) to Olifants. Spotted ground hornbill and some vultures on a kill, no idea what the kill was though. Saw baby baby elephant and hippo out of the water, not something I’ve seen in daytime before. 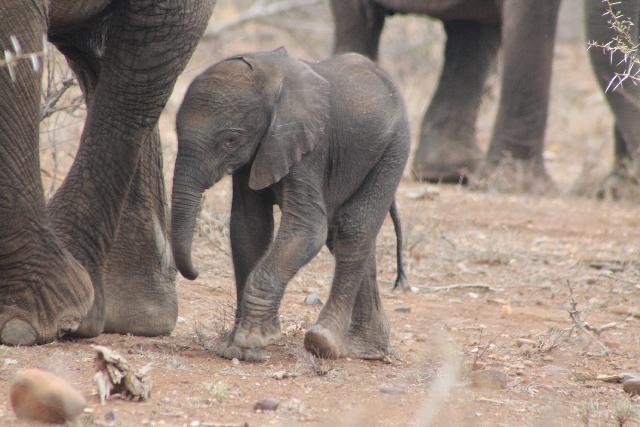 (All together now “Ag Shame!“) 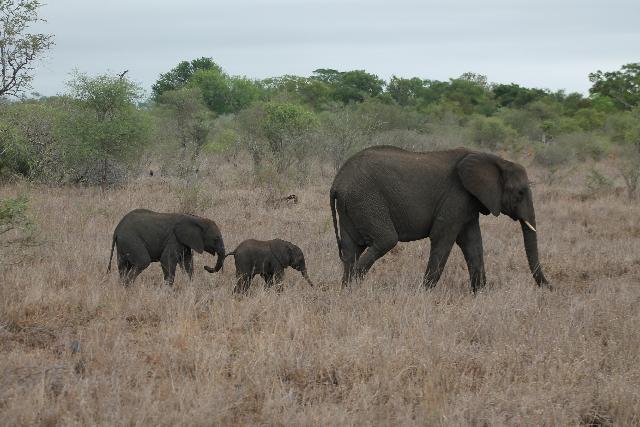 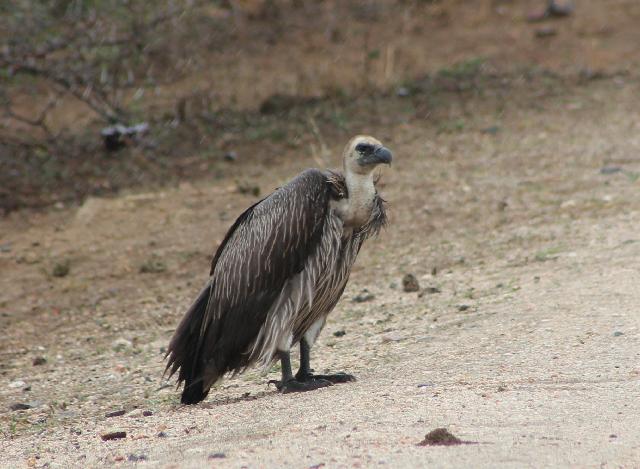 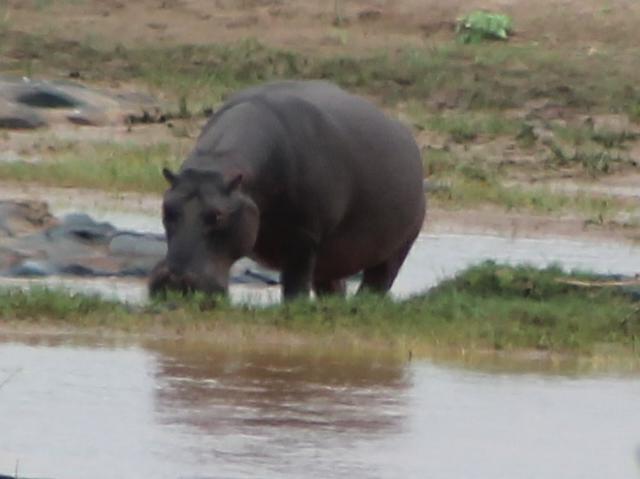 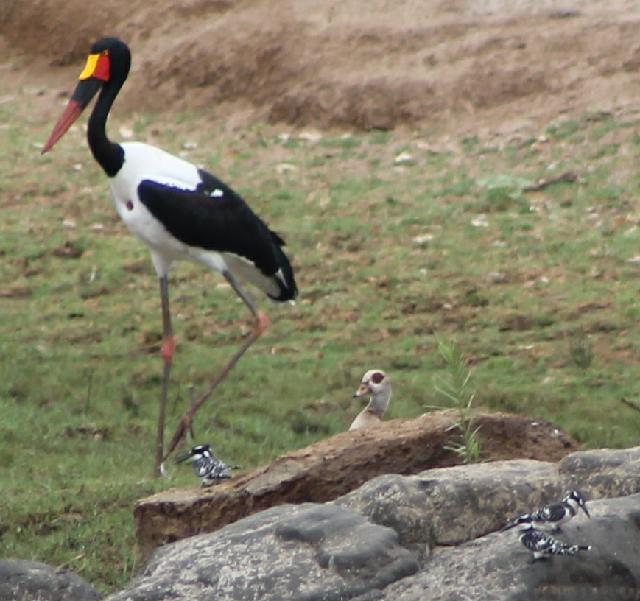 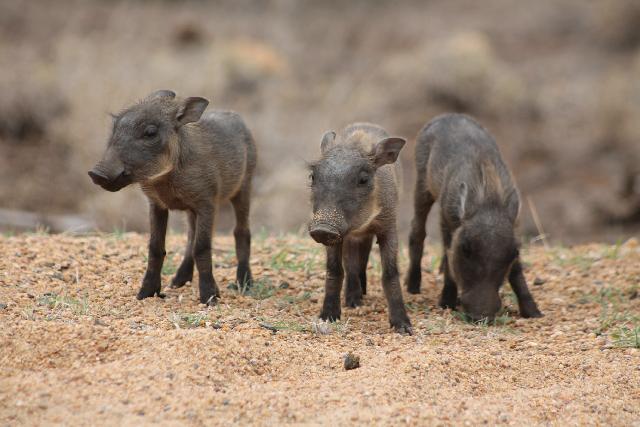 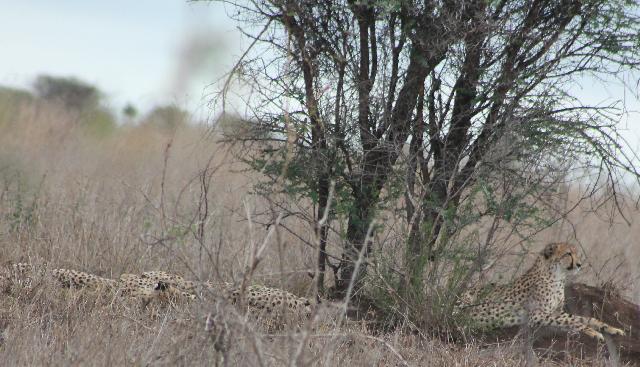 On the way back on the H1-4 “Why are they stopped?”. Three cheetah, under a bush, about 7km north of Satara. 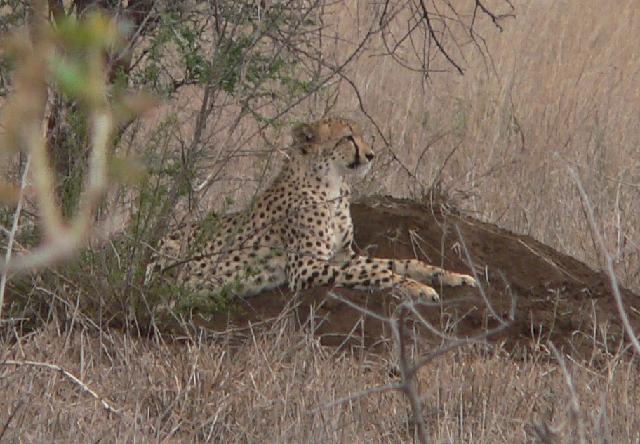 We needed a loo break, so we went to Satara, checked to see if the lion were still there (the male was sleeping, looked like the rest had moved on) and went back to see the cheetah get up and walk off direction roughly Girivana. 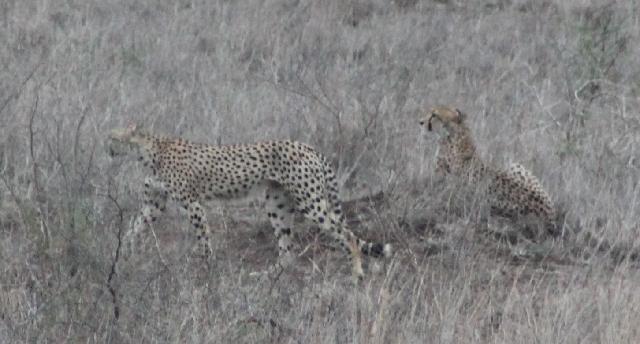 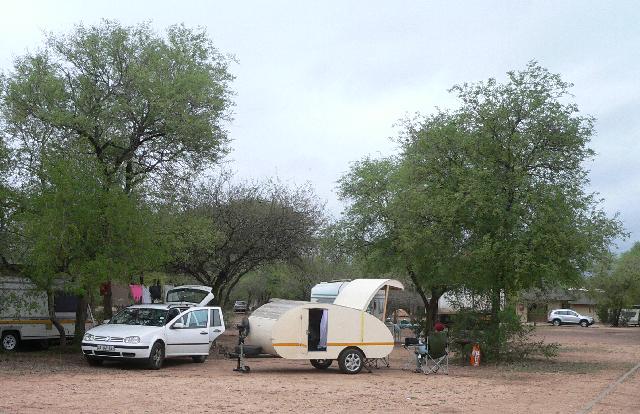 So we went back to camp and had some Amarula. 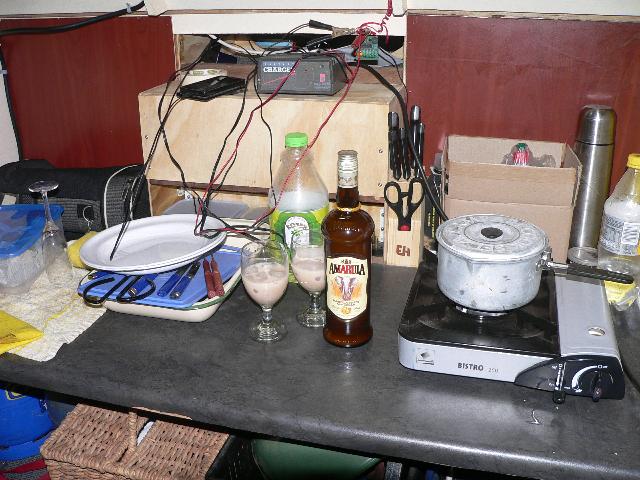 Ten lion (eight new, since we saw two of them yesterday already), three cheetah. First day with no rhino.