Another shitty day in Africa.

We couldn’t get decent photographs of the sable on the night drive, so I figured we can head out that way, see if we can find them.

But there was a traffic jam just outside the gate. 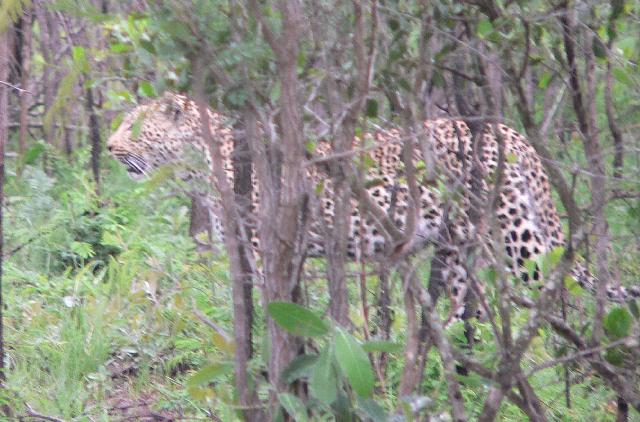 A leopard, and we see it’s moving SW-ish so I reverse and go down the other road, got some nice pics. 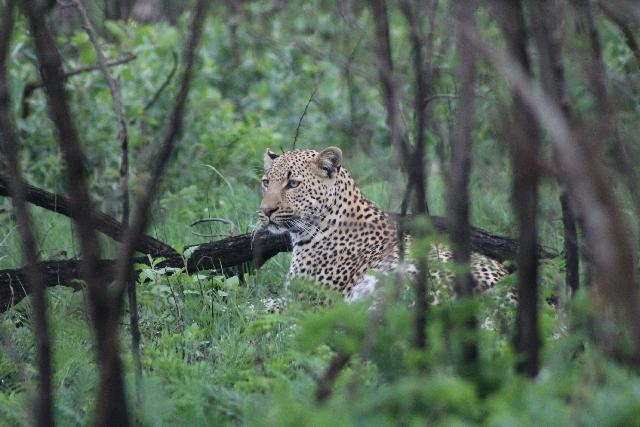 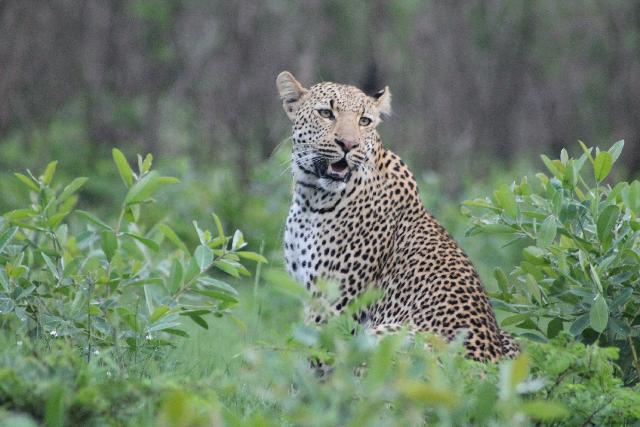 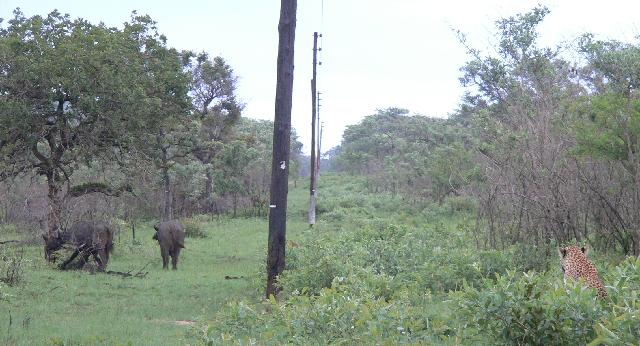 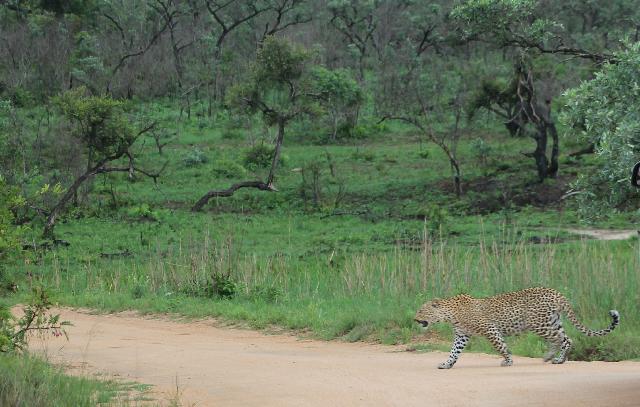 We’d seen enough (Tanya had taken more than 170 photographs at this point) so we tell some newly arrived people where to look and they say “there’s another one in a tree around the corner” so there we go. 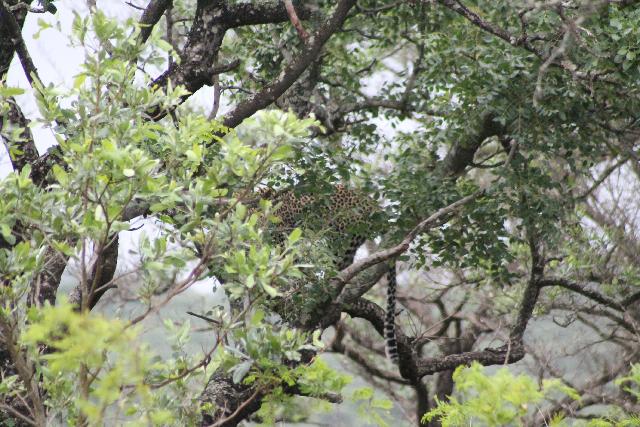 Yup, it’s there all right. 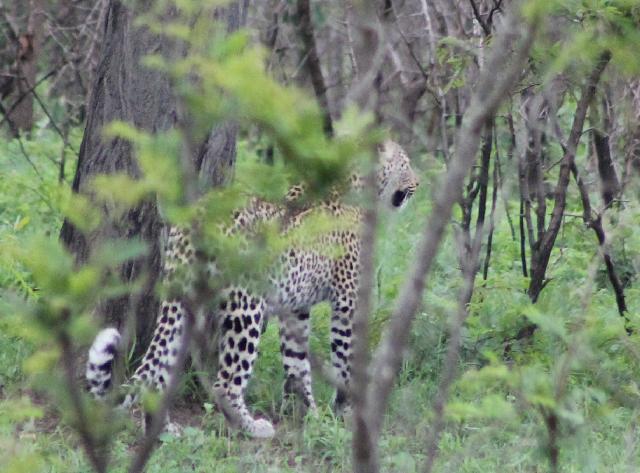 She (I’m guessing she, because I don’t see two males sharing territory like this) got out of the tree and walked into the bushes. 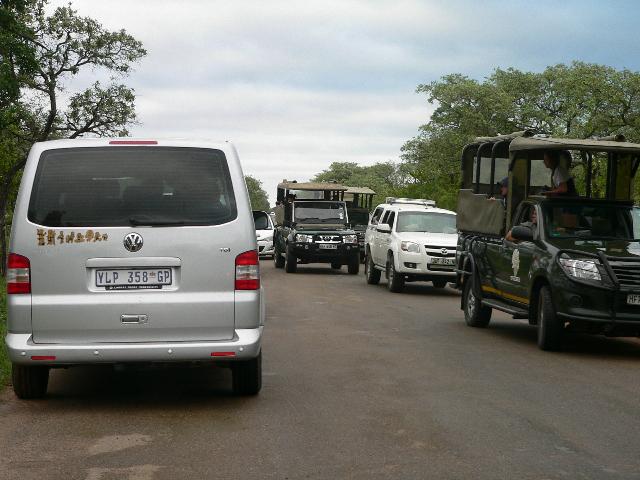 I managed to get through the road block and we headed off.

Didn’t see the sable we were looking for, continued on to the S1 because I remember there being a family of hyena living in a culvert somewhere, but looks like they’ve moved. 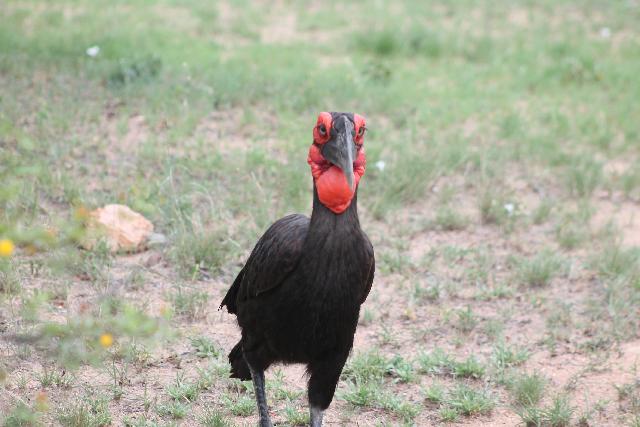 So we ended up back at Satara (hey they make good milkshakes). 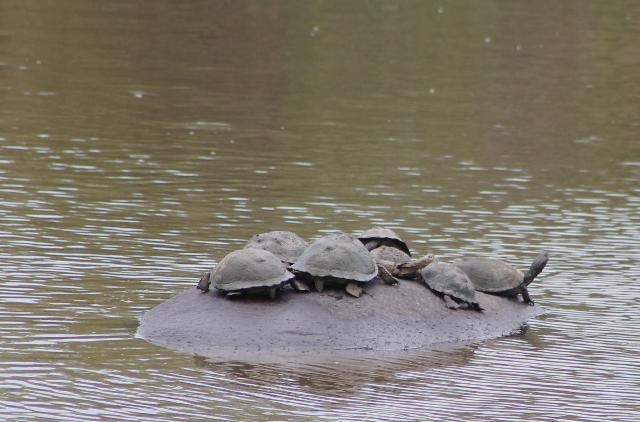 Turtles on a rock.

All right, what have we here?

Spent a while getting into position (some people just ram in, me, I’m polite. Still seem to get to see everything, without pissing people off). 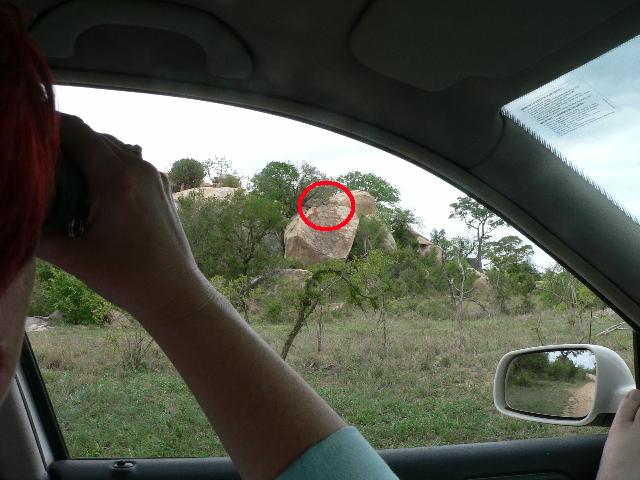 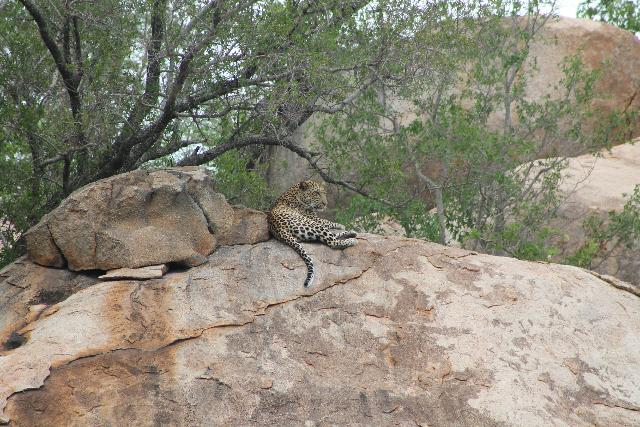 Got back to Pretoriuskop and there was no water. What a mess.

We decided to go for an afternoon drive around Fayi loop, maybe our leopards from this morning is in the vicinity. Got close to where we’d seen them, and yes, there’s a whole lot of cars. I start scanning the trees, trying to find out where the leopard is — Turns out there’s a lion, two actually, right next to the road, I’m looking way too far away. 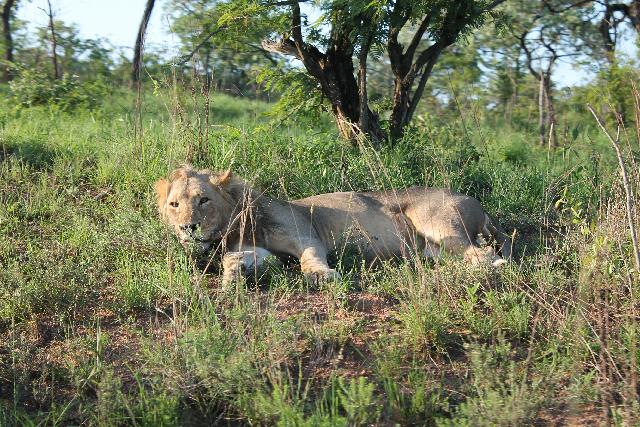 My original plan was to spend as much time in the park as possible. This would be a morning drive tomorrow, then hook the teardrop and drive down to Malelane gate, maybe after lunch at Berg-en-Dal. But by now we’d had enough, and seriously, things couldn’t really get better. And also, there was the water issue.

So we decided that if there was still no water in camp we hook the teardrop and get out Numbi before it closes, go back to Nelspruit. If there is water (there was) we head back early the next morning. So we got ready to leave.