Up early, on the road, and into Kruger.

Now normally the first thing you see inside the park is a herd of impala. Pretty much guaranteed. 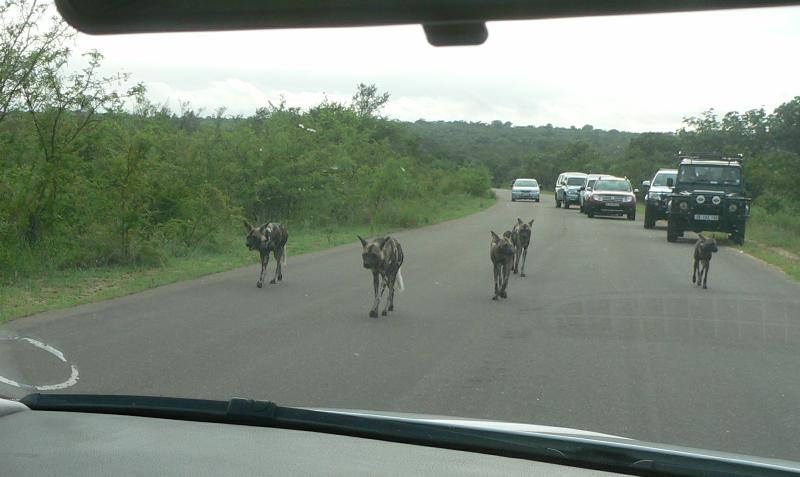 Not this time. The doggies had already picked up a following. 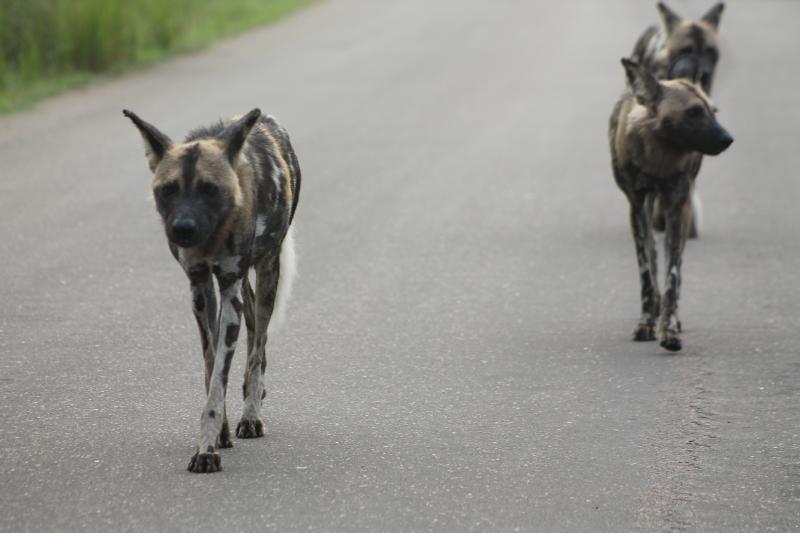 We didn’t bother joining the parade, but I’m pretty sure they followed the pack all the way back to Phabeni gate.

Look at this plonker. There’s a herd of elephant just off the side of the road, look where the Land-Rover is looking. Makes for a good selfie, no?

I had the camera ready to film the carnage which sadly didn’t happen. 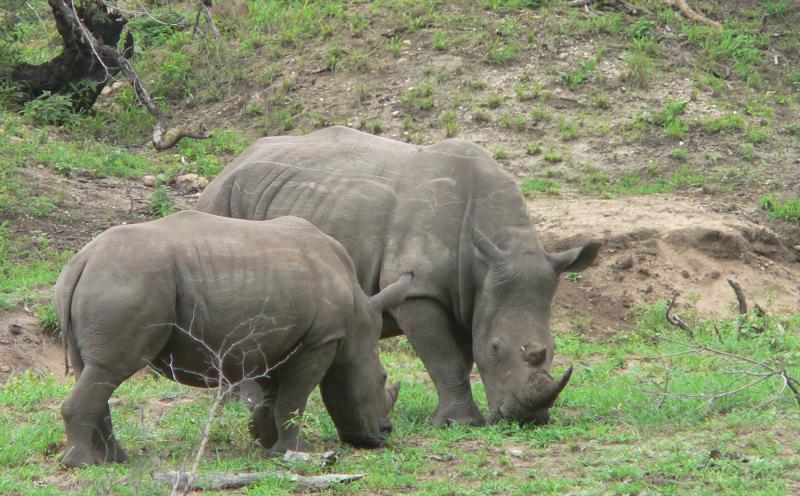 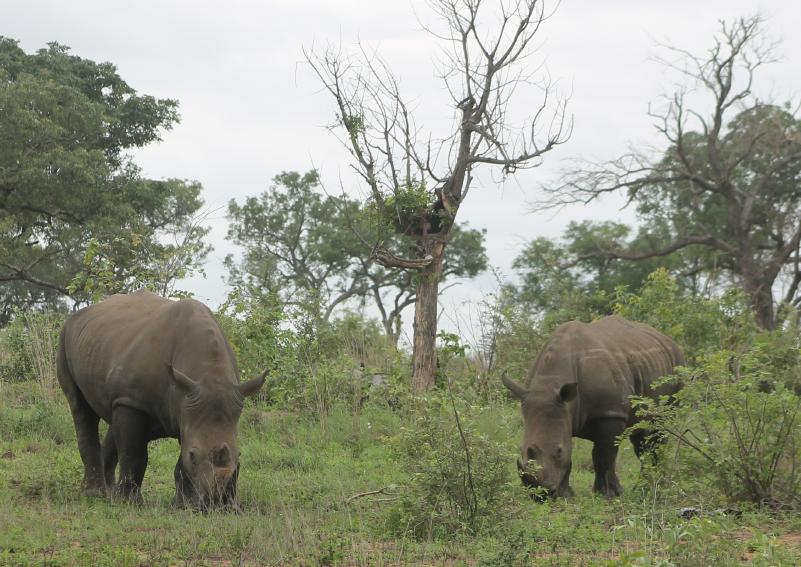 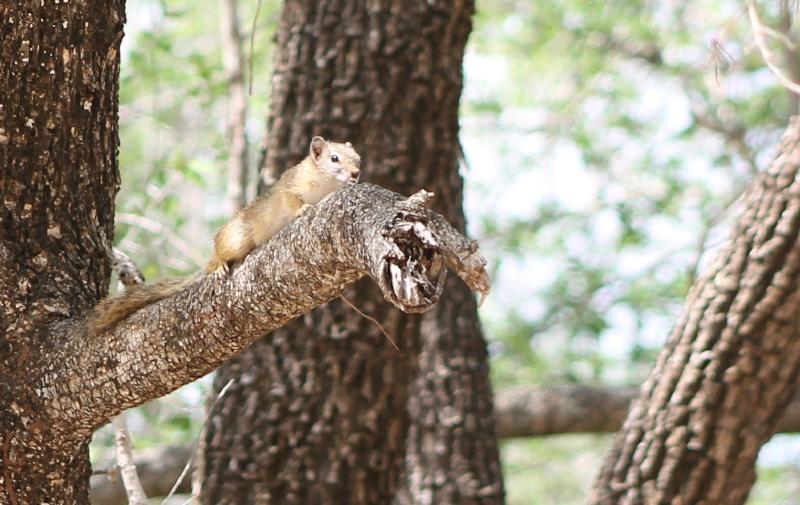 And also the little(r) things. 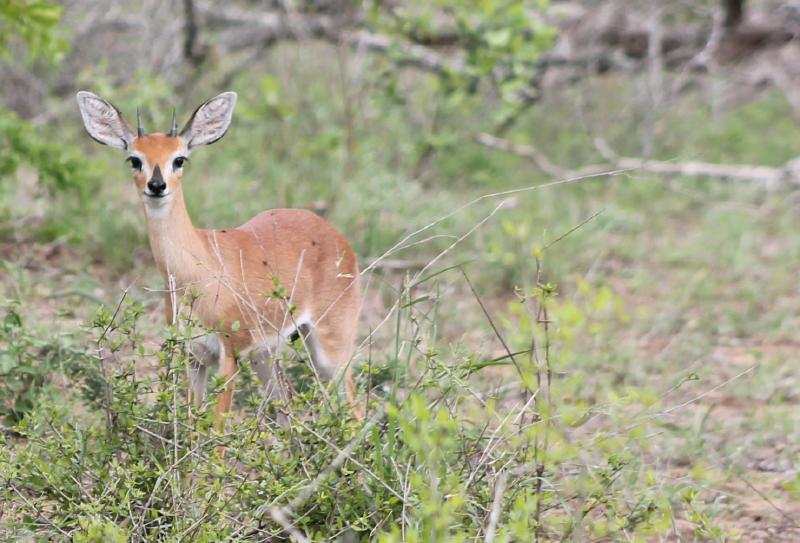 The Kruger was very dry. Look at this poor hippo in a mudhole barely bigger than he is. 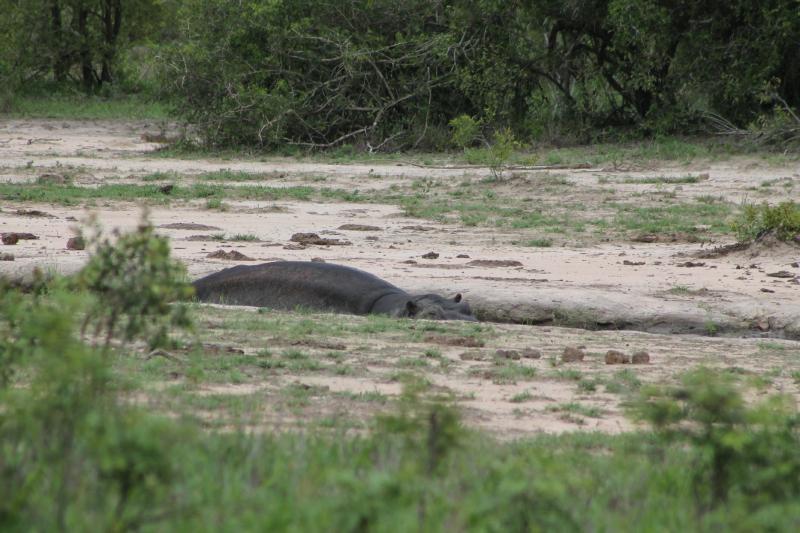 We drove up via Skukuza, Satara, Letaba all the way to Mopani, where we were booked in for two nights. It’s a long but very scenic drive. 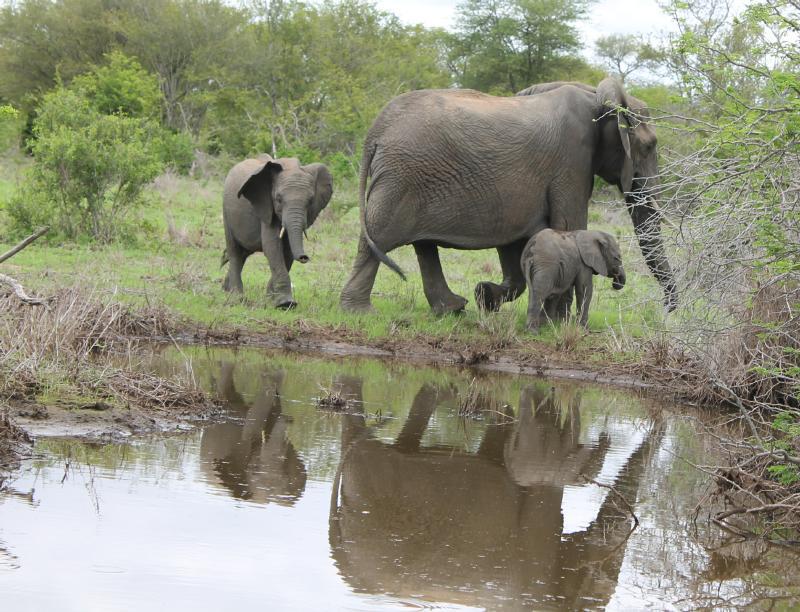 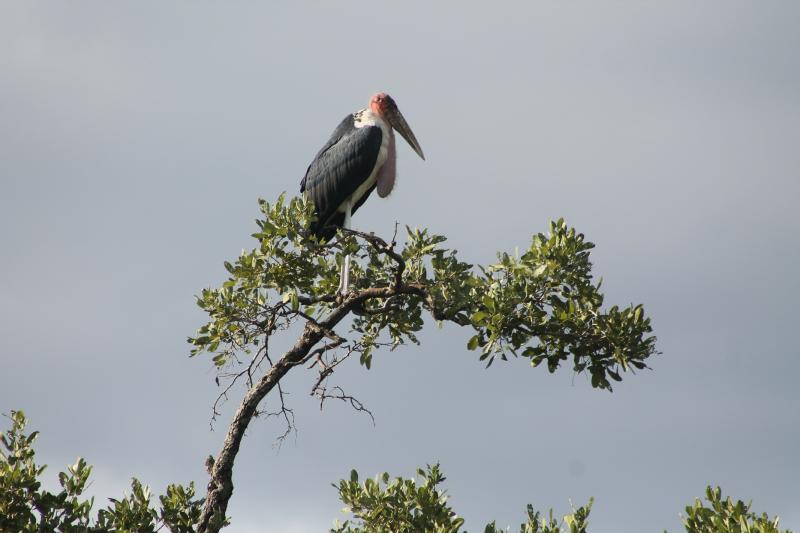 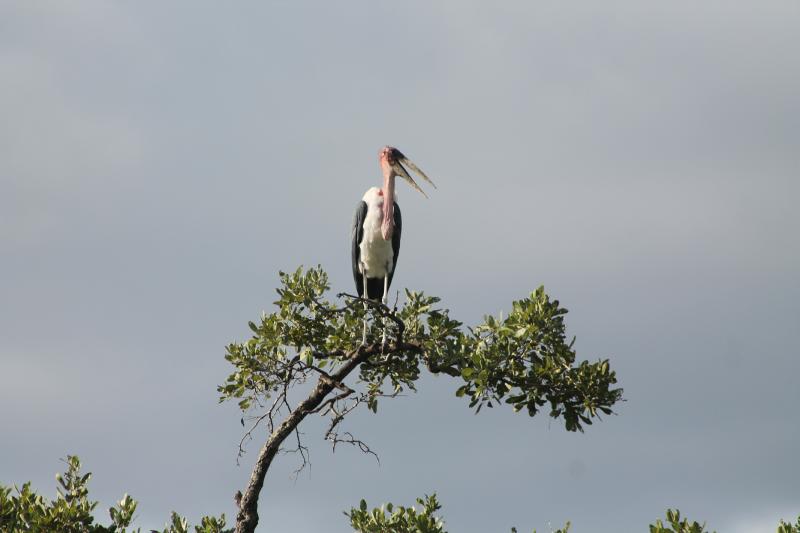 Marabou stork. I grew up on Huppelkind. 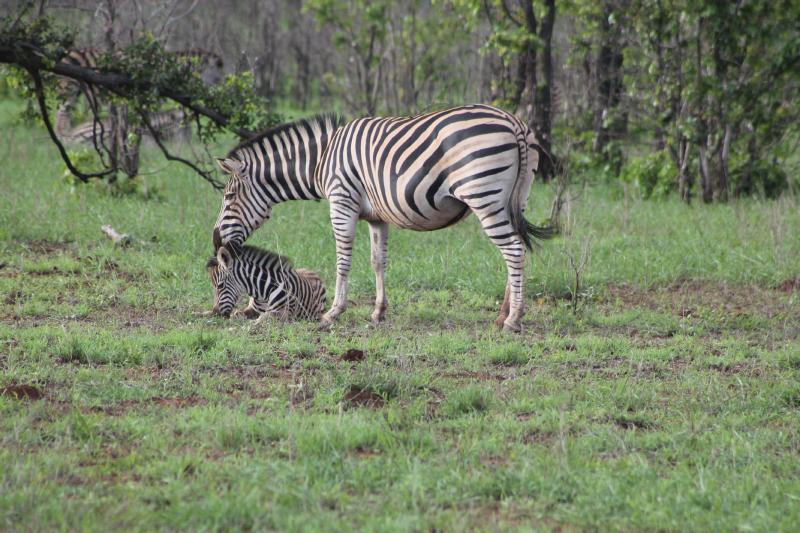 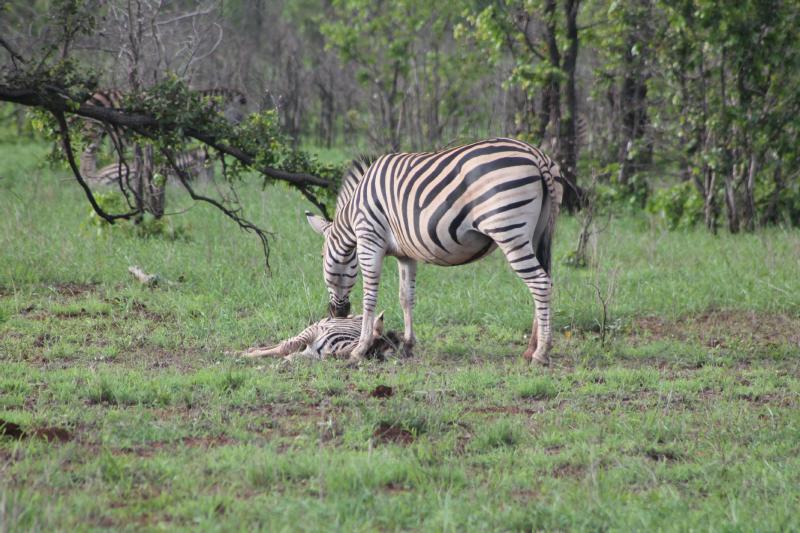 Not that far from Mopani, around 16:30, we came across a herd of zebras. This little fellow seemed to have given up on life, so I decided to come back early the next morning — a dead foal should attract some predators for a photo-op.