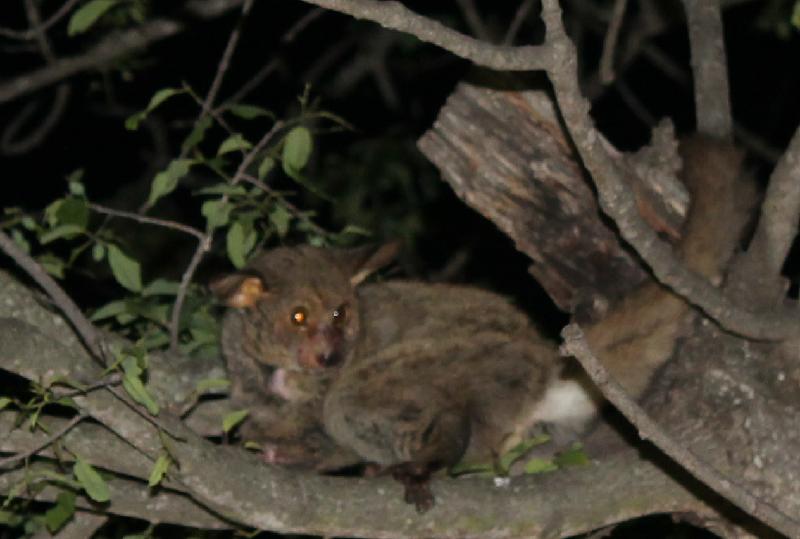 This little bugger woke us up at some insane time of the morning. And bear in mind that my alarm was set for 04:00, this was well before that. Out of focus because the autofocus did not cope and manual focus is a bit difficult to someone who is used to a split prism viewfinder. 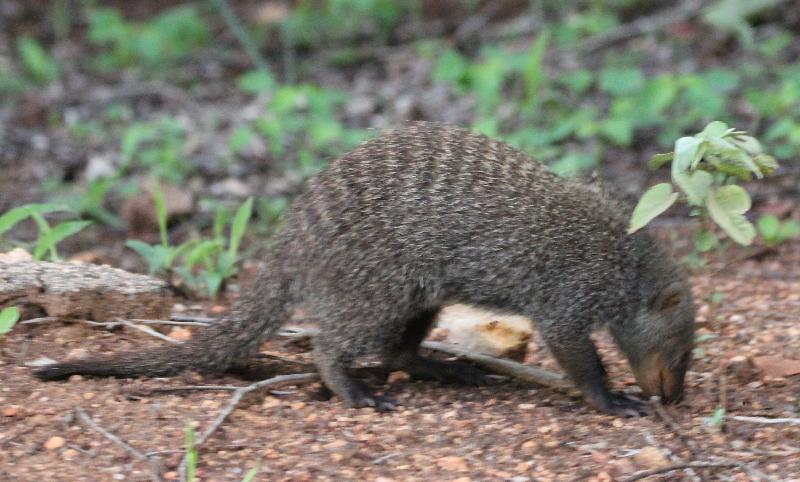 Heading out we encountered the resident tribe of banded mongoose out foraging for breakfast.

First stop was Lake Panic, I’d never been there and wanted to see what it’s like. Saw two Fish Eagles and a Dwarf Kingfisher. 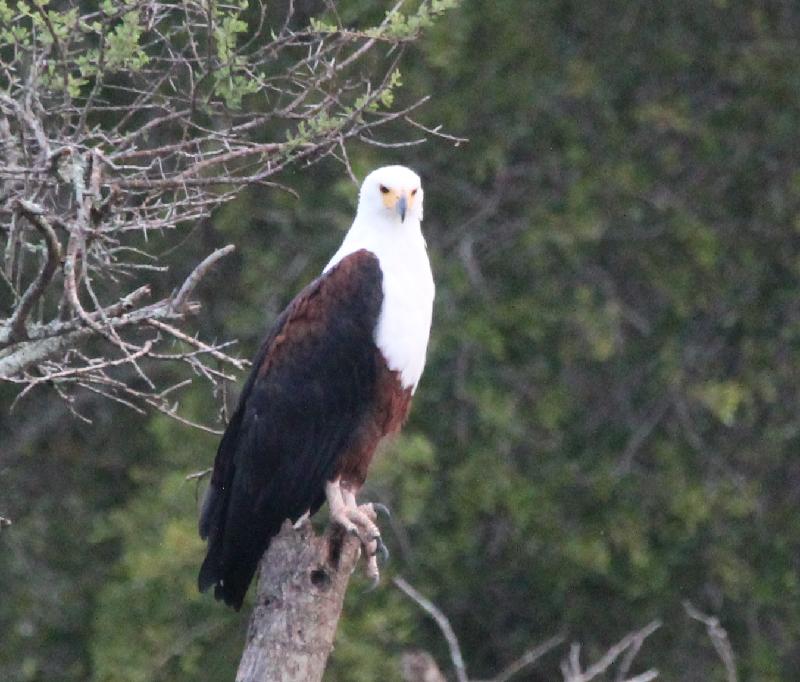 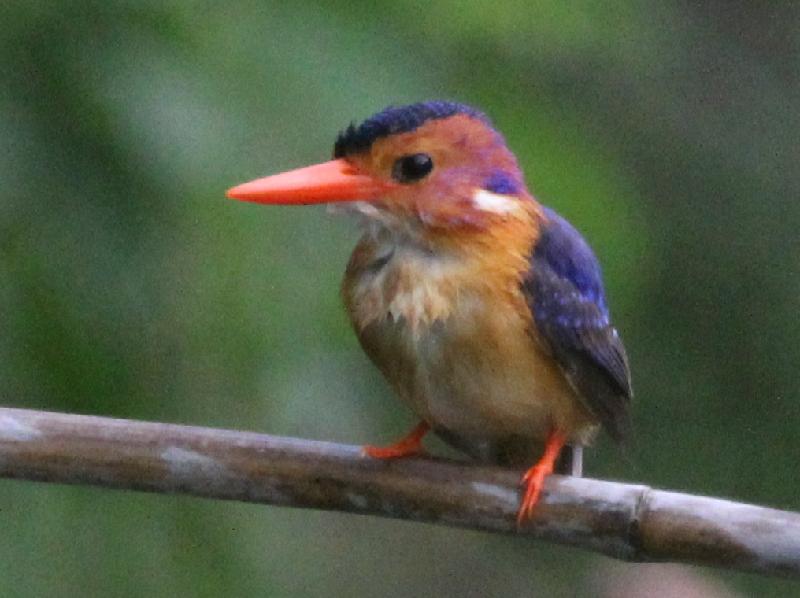 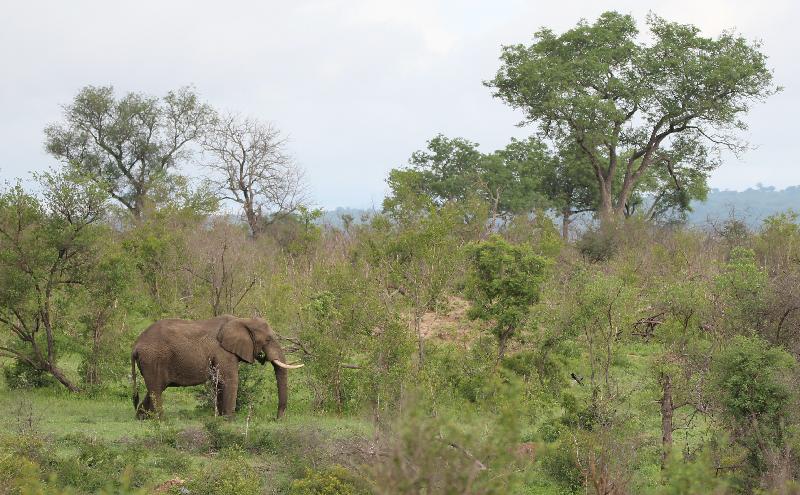 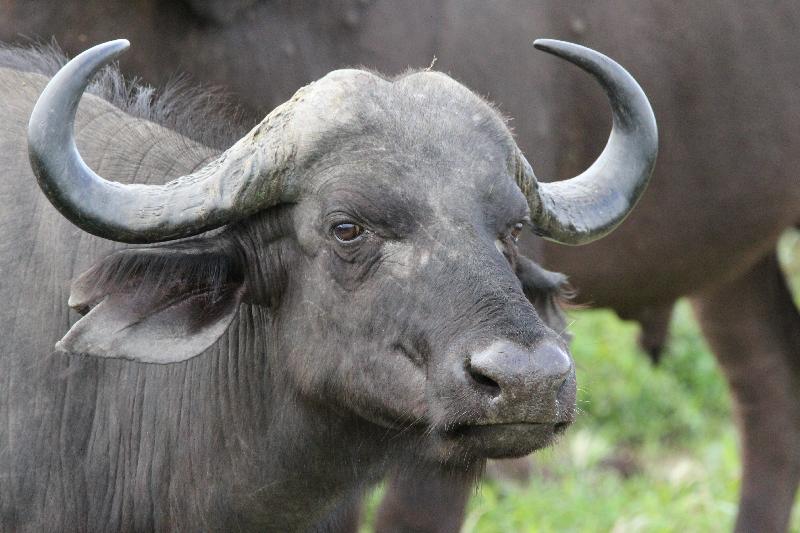 “I want my two dollars!” 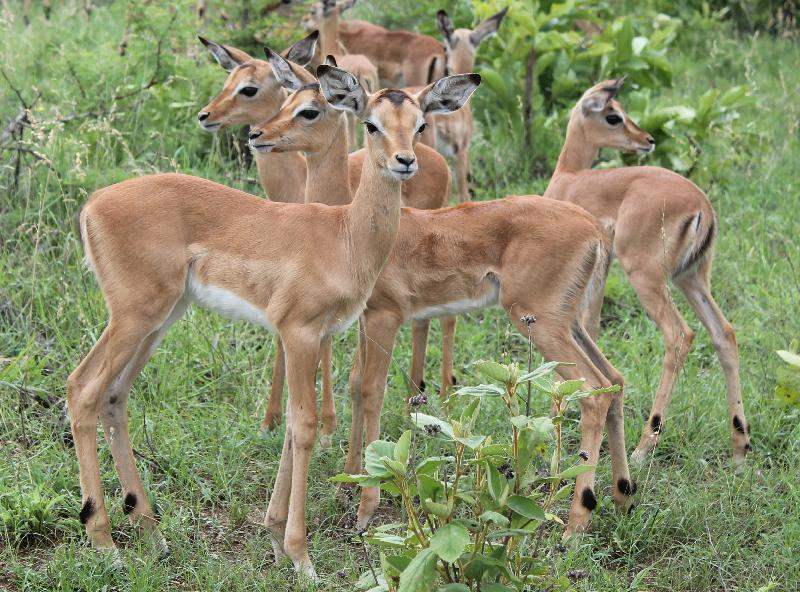 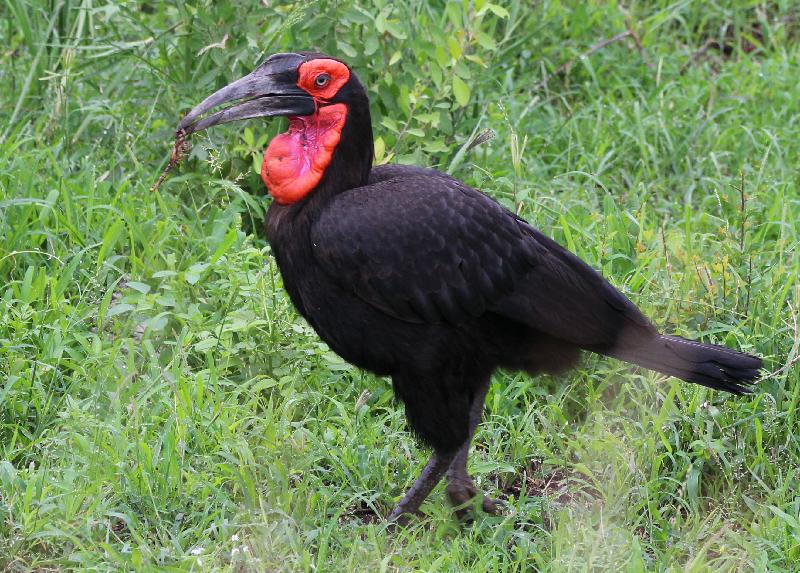 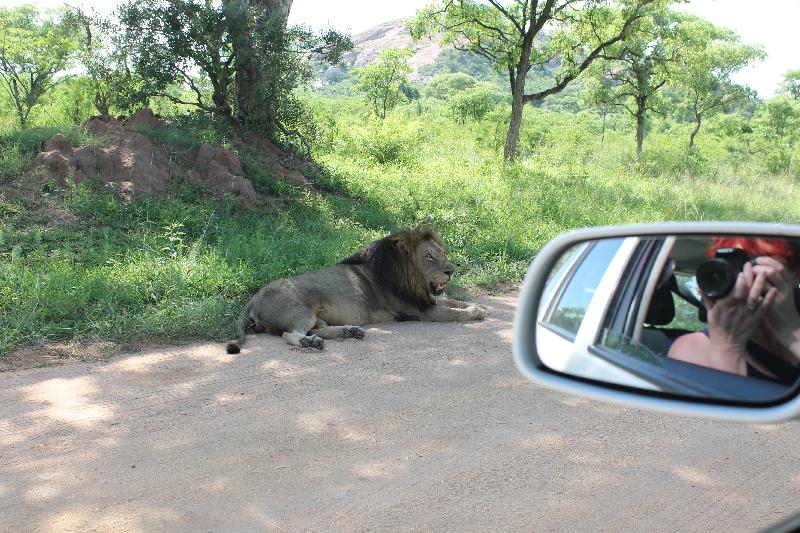 Found this fellow on the S7 close to Pretoriuskop. 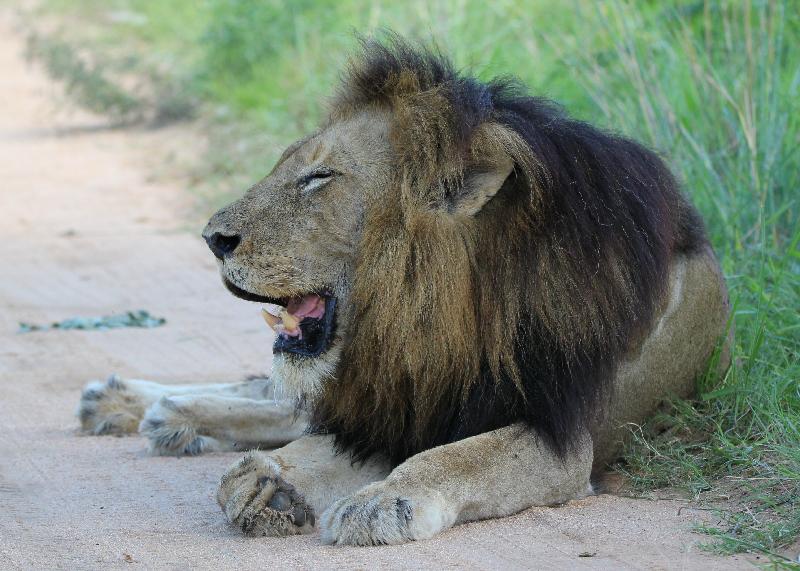 Went back to Skukuza for a siesta. We found that it’s best to be out the gate shortly after it opens (no need to be in thequeue, but try to get out as early as possible) and then to drive around until nine or ten. After that, not much moves. Then go out again at around four, stay out until the gates close.

We did just that, drove out on the H4-1 towards Lower Sabie. 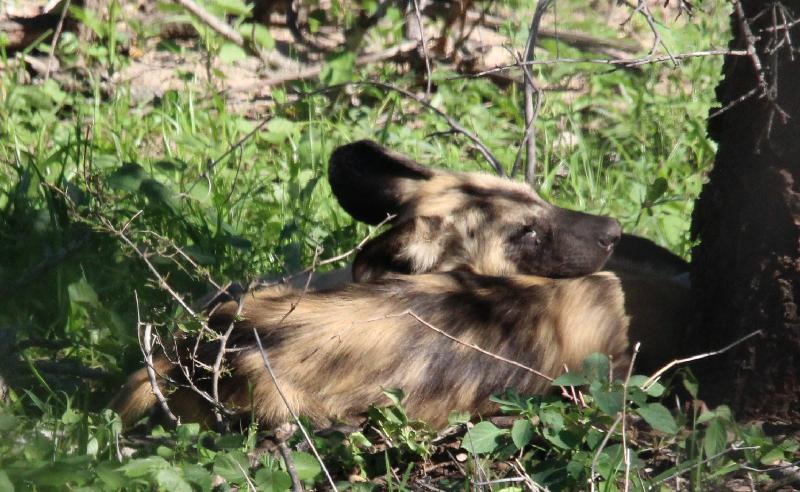 There were some cars stopped on the right-hand side of the road, we investigated, they were watching what looked to be about six or seven sleeping African Wild Dogs — these two under a tree, and four or five in the river bed. Not much was happening, so we drove on to Nkuhlu, where we saw some baboons and a bushbuck. 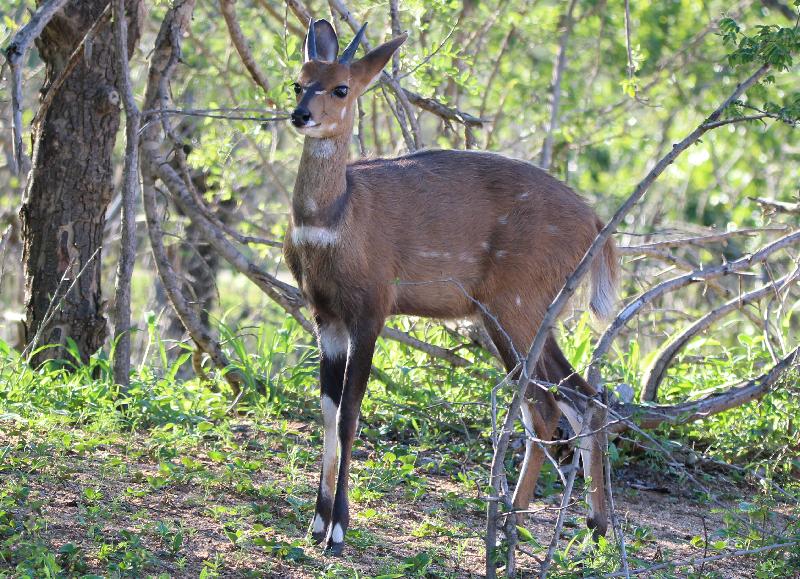 On the way back to Skukuza the car in front of us stopped — a leopard had crossed the road just in front of them and disappeared into the bush. They thought it was gone and left, but we persevered and found it about 20m into the bush and hardly visible. 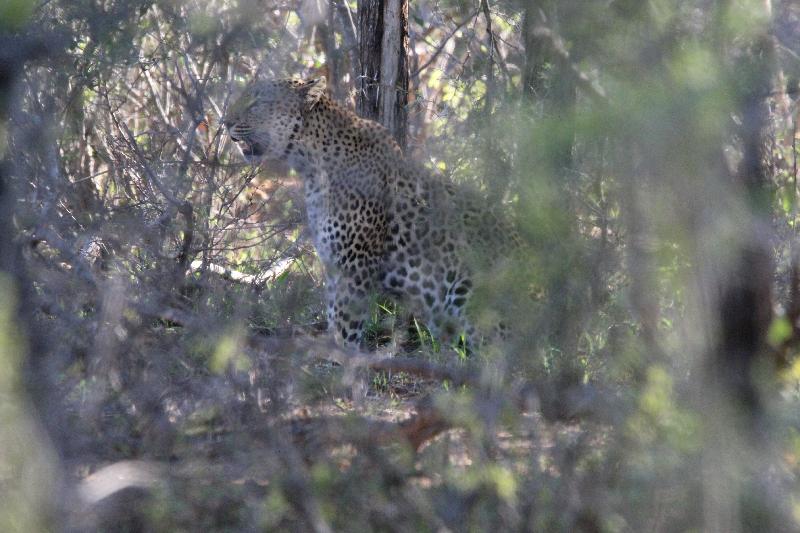 Checked out the (GPS waypointed) spot where we saw the wild dogs and there was nobody there. But the dogs were still sleeping, so we decided to watch them until they woke up. 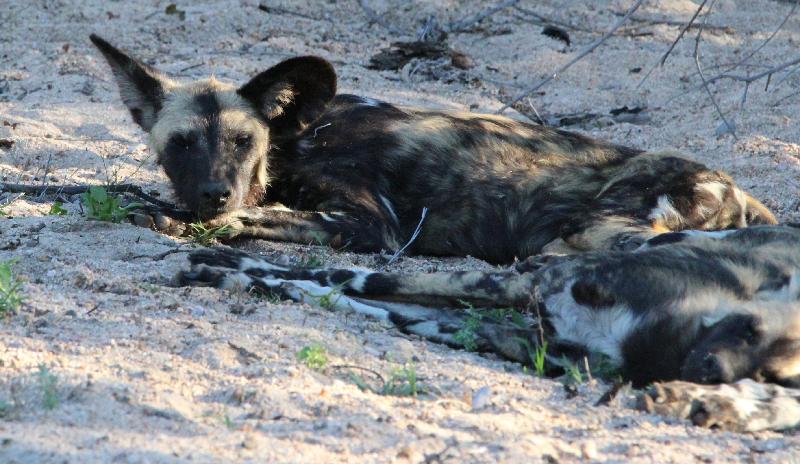 After a while they started stirring and more and more dogs emerged from various spots — there were about 20 of them in total. 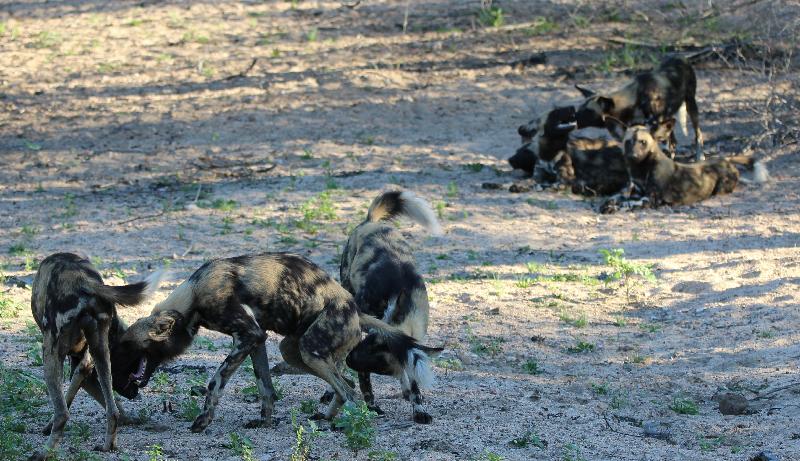 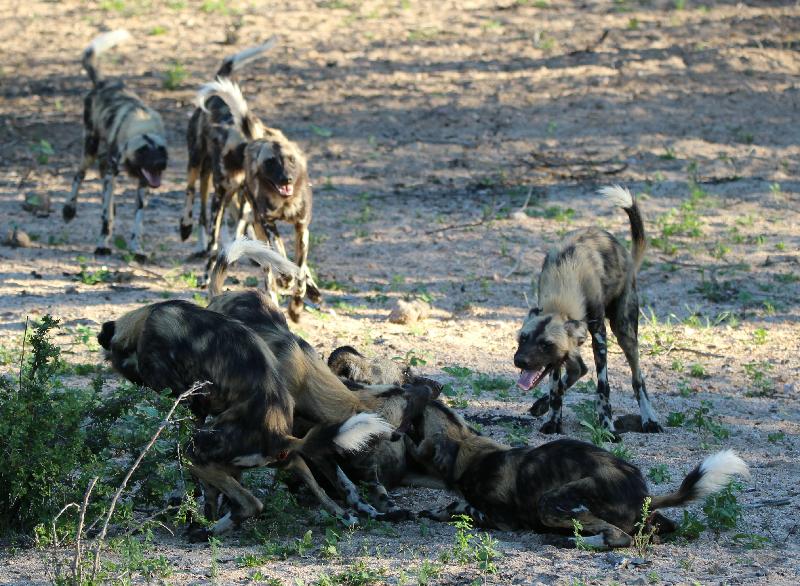 African Wild Dogs are extremely weird creatures. Alien, even. A pack of dogs is an entity, they exist as a unit. Fascinating to watch.

They crossed the road behind us and went off into the bushes to hunt.