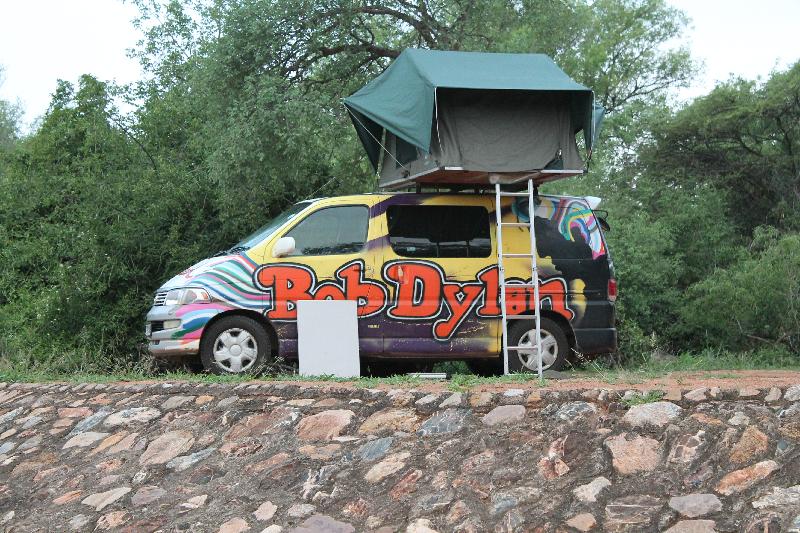 We drove out on the S114 and found the leopard in the tree that Tanya’s been looking for. 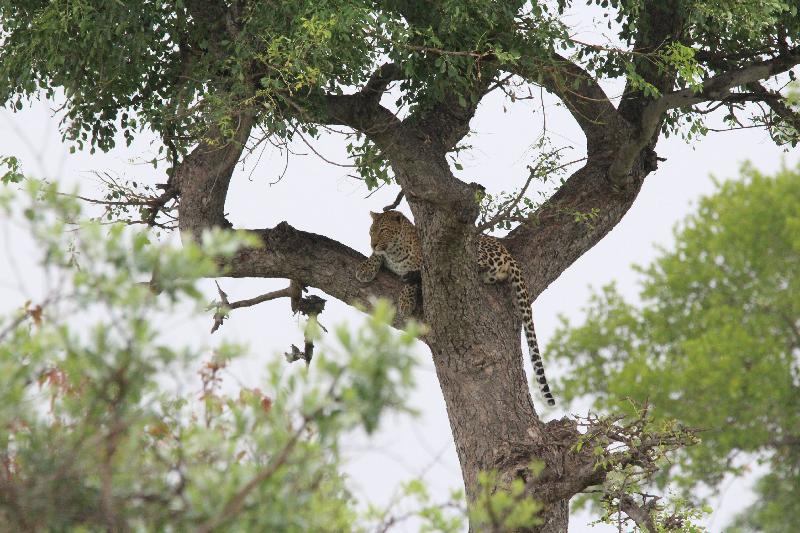 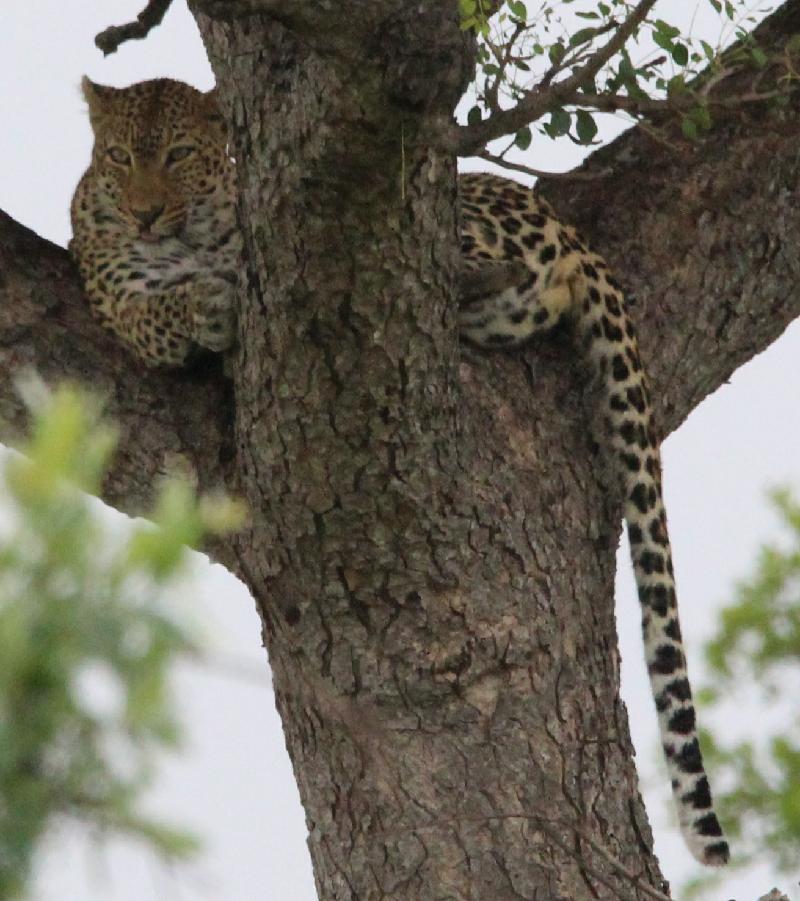 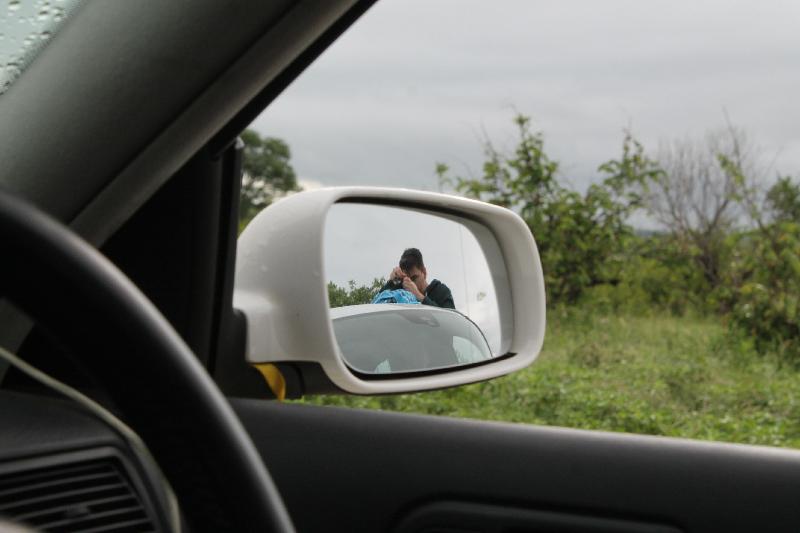 Some people get very excited… 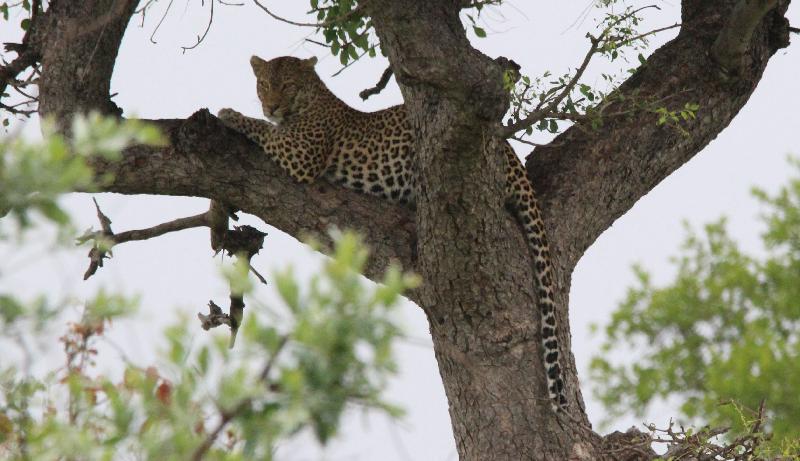 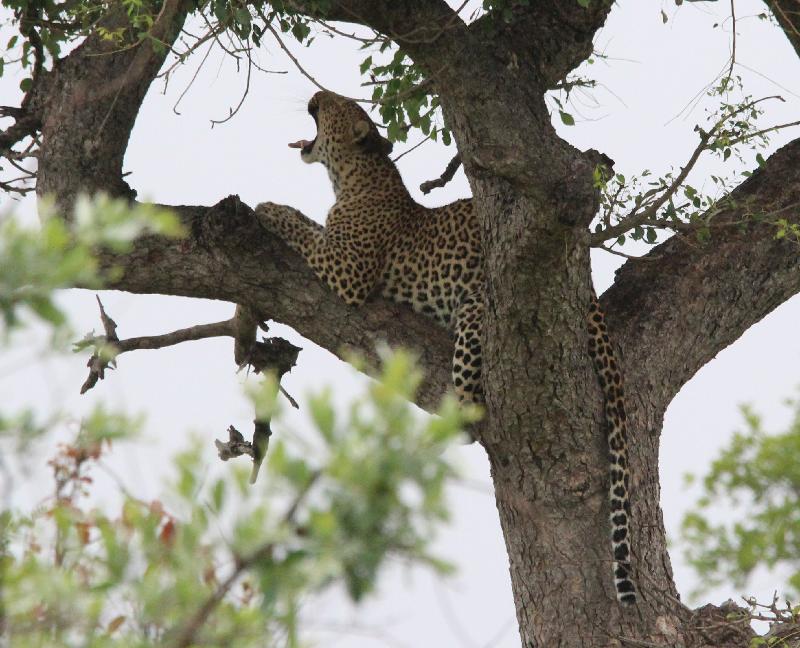 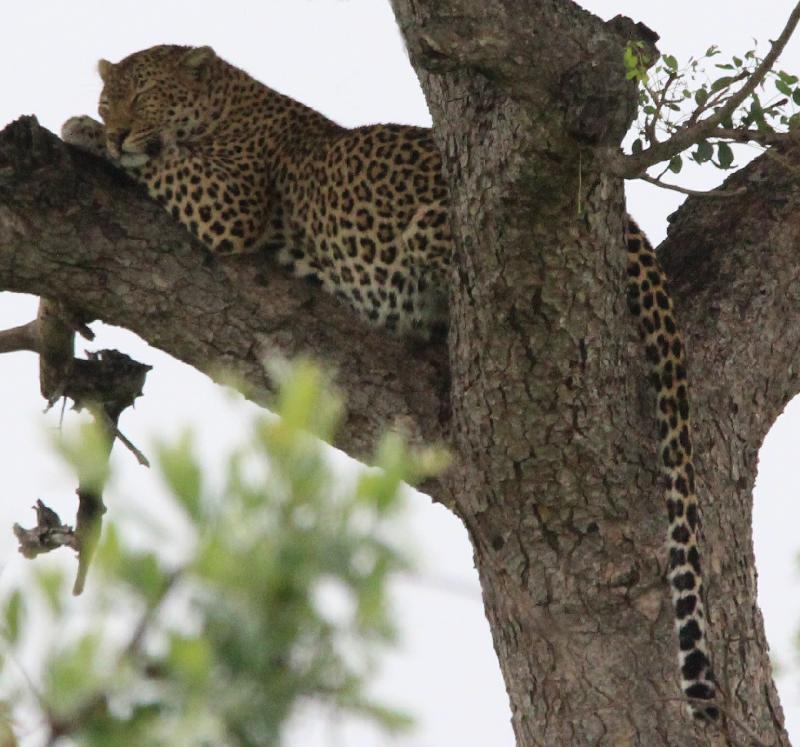 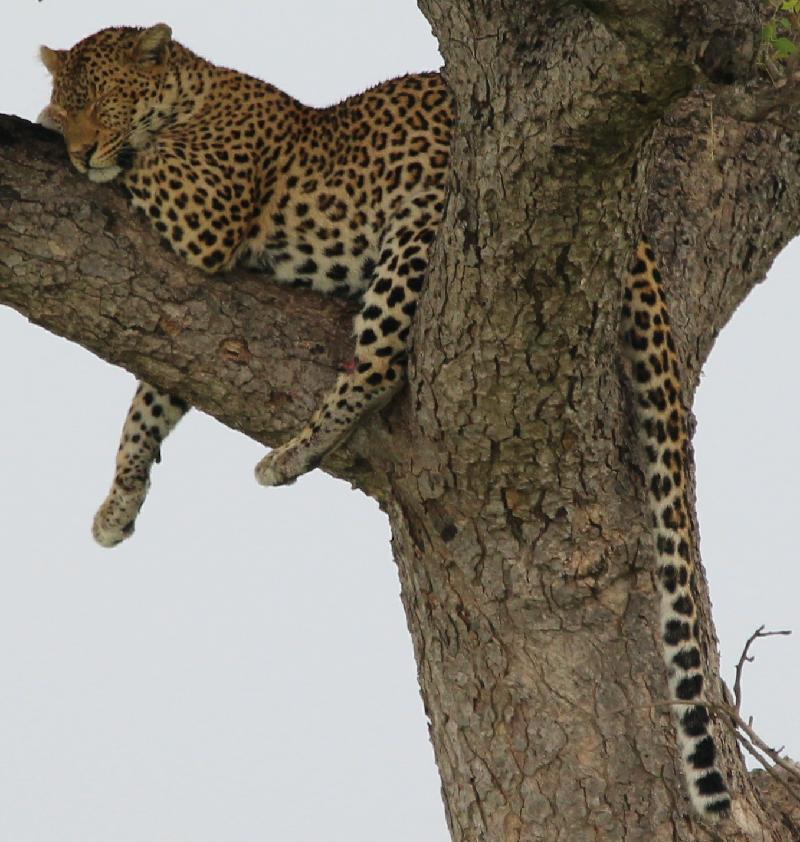 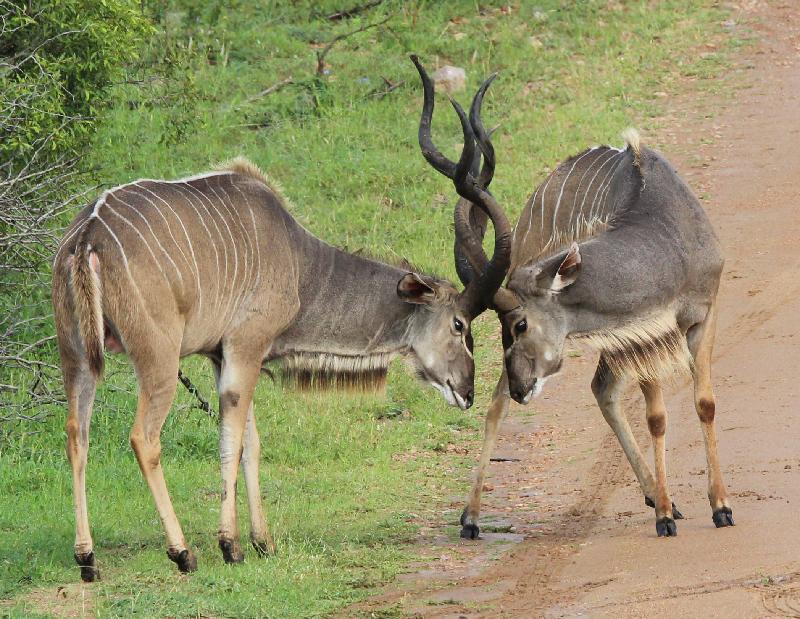 These guys were just fooling around a bit. 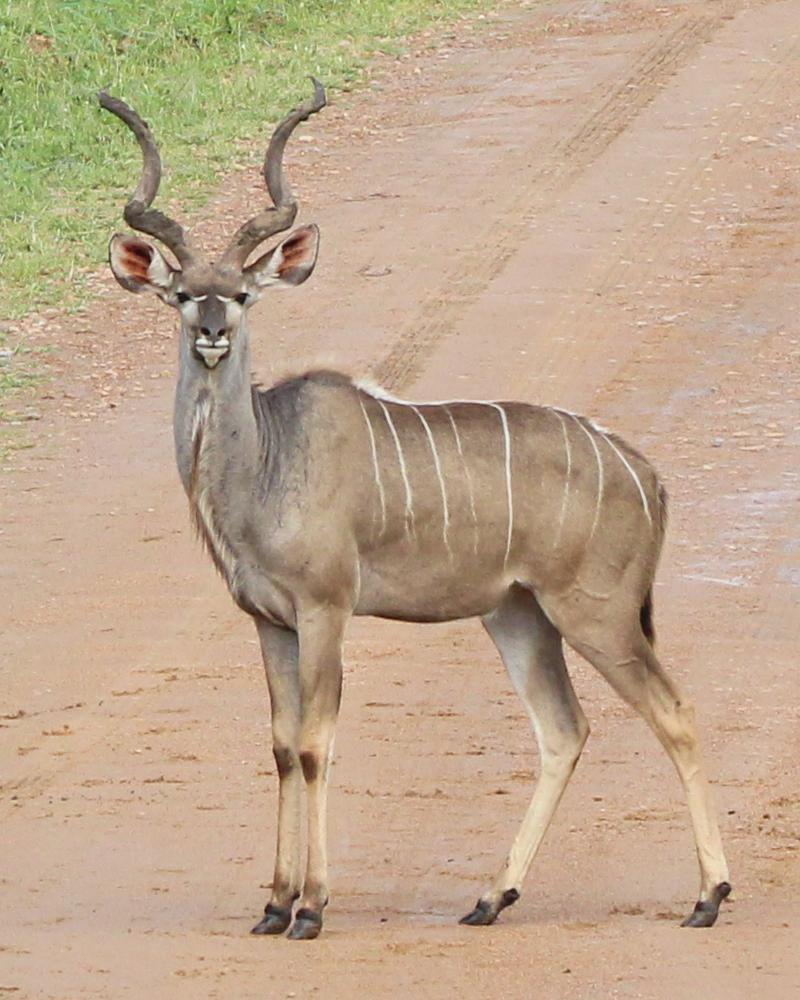 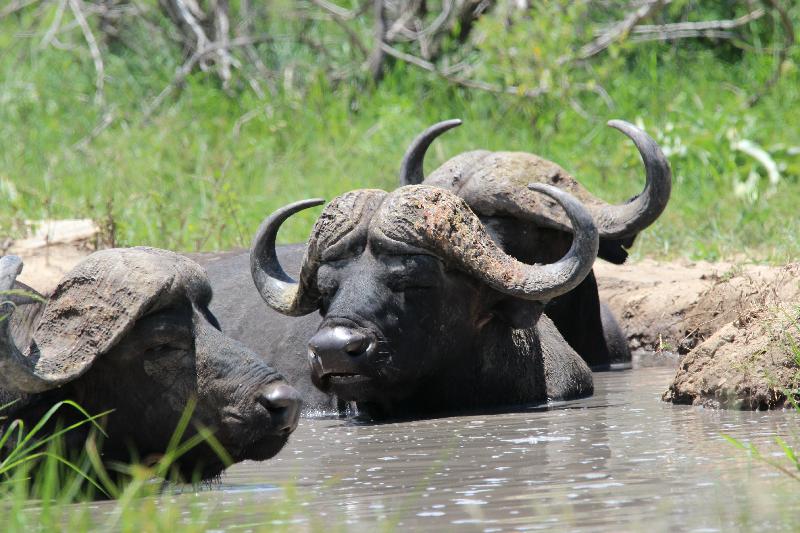 We headed back to camp late the afternoon, as you can see the shadows are getting long. 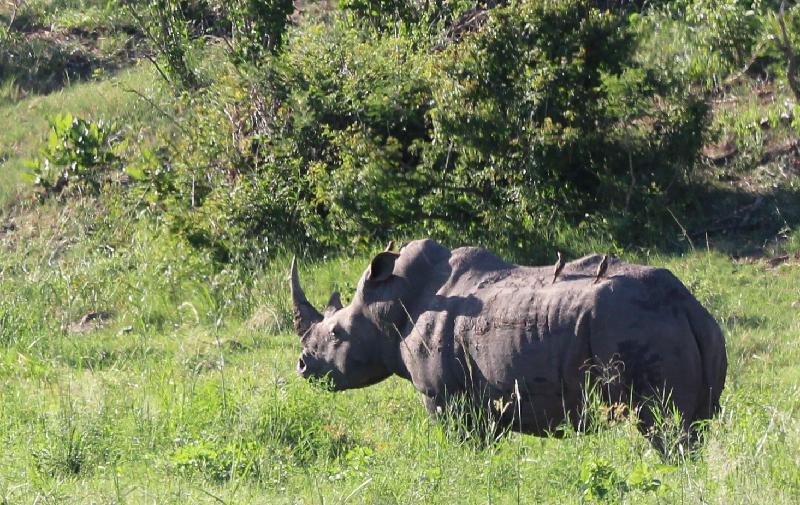 Philip and I are both geeks, and we were discussing Venn diagrams on the walkie-talkies when Tanya goes “There’s a FSCKING LEOPARD NEXT TO THE ROAD!” 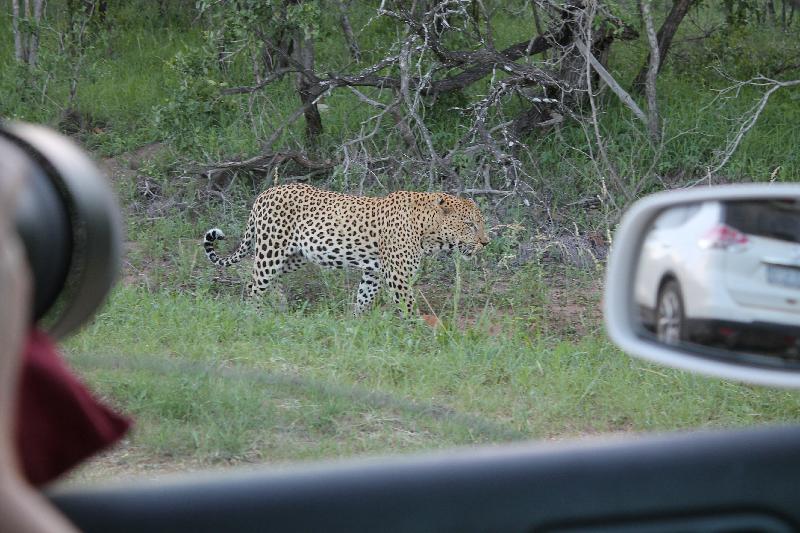 And so there was.

We ended up being ten minutes late at Berg-en-Dal gate, but the gate was still open and nobody gave us grief. If I’d known that we would have spent more time with the leopard.