I started building kitchen cupboards somewhere around August 2008 — well before we moved in. Well, I finally fitted the last cabinet doors — the two on the pot drawers under the prep bowl. 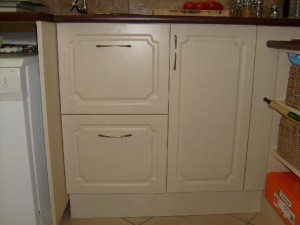 And… our first tomatoes of the season have shown up. 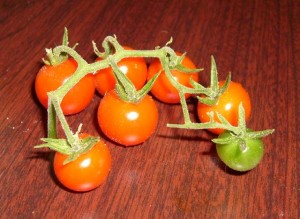 While the cocktail tomatoes are first, I have no idea what other kinds of tomatoes we’re going to get. They all came up from the worm compost that I spread in that part of the garden, so it’s a conglomeration of all the tomatoes I’ve used the past year or so.